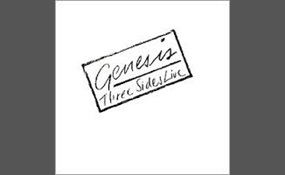 Which era of Genesis was best?

Philip David Charles "Phil" Collins, LVO is an English musician, singer-songwriter, multi-instrumentalist, actor and writer, best known both as drummer and vocalist for rock group Genesis and as a solo artist. He sang the lead vocals on dozens of hi... t albums and singles in the UK and the US between 1976 and 2010, either as a solo artist or with Genesis. His solo singles, sometimes dealing with lost love and often featuring his distinctive gated reverb drum sound, ranged from the atmospheric "In the Air Tonight", dance-rock of "Sussudio", piano-driven power ballad "Against All Odds", to the political and religious connotations of "Another Day in Paradise".Collins joined Genesis in 1970 as the group's drummer and became their vocalist in 1975 following the departure of their original frontman Peter Gabriel. His solo career, which was launched in 1981 and was heavily influenced by his personal life and soul music, brought both himself and Genesis greater commercial success. Collins's total worldwide sales as a solo artist are 150 million. Collins has won numerous music awards throughout his career, including seven Grammy Awards, six Brit Awards—winning Best British Male three times, three American Music Awards, an Academy Award, two Golden Globe Awards and a Disney Legend Award in 2002 for his solo work. He received a star on the Hollywood Walk of Fame in 1999, was inducted into the Songwriters Hall of Fame in 2003, and into the Rock and Roll Hall of Fame as a member of Genesis in 2010   more
4 votes
0 comments
Phil Collins - Voter Comments
No Comments
Vote & Comment
2
VOTING CLOSED

Peter Brian Gabriel is an English singer-songwriter, musician and humanitarian activist who rose to fame as the lead vocalist and flautist of the progressive rock band Genesis. After leaving Genesis, Gabriel went on to a successful solo career. His ... 1986 album, So, is his most commercially successful, selling five million copies in America, and the album's biggest hit, "Sledgehammer", won a record nine MTV Awards at the 1987 MTV Video Music Awards. The song is the most played music video in the history of the station.Gabriel has been a champion of world music for much of his career. He co-founded the WOMAD festival in 1982. He has continued to focus on producing and promoting world music through his Real World Records label. He has also pioneered digital distribution methods for music, co-founding OD2, one of the first online music download services. Gabriel has been involved in numerous humanitarian efforts. In 1980, he released the anti-apartheid single "Biko". He has participated in several human rights benefit concerts, including Amnesty International's Human Rights Now! Tour in 1988, and co-founded the WITNESS human rights organization in 1992. In collaboration with entrepreneur Richard Branson, Gabriel developed The Elders, which was launched by Nelson Mandela in 2007   more
0 votes
0 comments
Peter Gabriel - Voter Comments
No Comments
Vote & Comment
No comments yet.
Leave a comment...
(Maximum 900 words)
Privacy Policy | Terms of Use
Sitemap | View Desktop Version
©2021 Debate.org. All rights reserved.