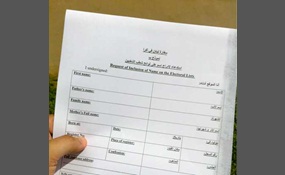 Which form of Voting is best?

Explain why in the comments

The single transferable vote is a voting system designed to achieve proportional representation through ranked voting in multi-seat constituencies. Under STV, an elector has a single vote that is initially allocated to their most preferred candidate...  and, as the count proceeds and candidates are either elected or eliminated, is transferred to other candidates according to the voter's stated preferences, in proportion to any surplus or discarded votes. The exact method of reapportioning votes can vary.The system provides approximately proportional representation, enables votes to be cast for individual candidates rather than for closed party lists, and minimizes "wasted" votes by transferring votes to other candidates that would otherwise be wasted on sure losers or sure winners.Hare–Clark is the name given to STV in lower house elections in two Australian states and territories, Tasmania and the Australian Capital Territory. The name is derived from Thomas Hare, who initially developed the system, and the Tasmanian Attorney General, Andrew Inglis Clark, who modified the counting method on introducing it to Tasmania   more
2 votes
1 comment
Single Transferable Vote - Voter Comments