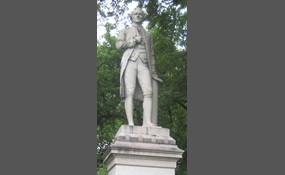 Which Founding Father was the Hottest?

I challenge you to a walk-off... 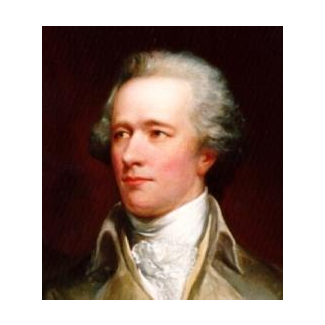 Alexander Hamilton was a founding father of the United States, chief staff aide to General George Washington, one of the most influential interpreters and promoters of the U.S. Constitution, the founder of the nation's financial system, and the founder of the first political party.As Secretary of the Treasury, Hamilton was the primary author of the economic policies of the George Washington administration, especially the funding of the states' debts by the Federal government, the establishment of a national bank, a system of tariffs, and friendly trade relations with Britain. He became the leader of the Federalist Party, created largely in support of his views; he was opposed by the Democratic-Republican Party, led by Thomas Jefferson and James Madison.Hamilton played a major role in the American Revolutionary War. At the start of the war in 1775, he organized an artillery company and was chosen as its captain. He later became the senior aide to General Washington, the American forces' commander-in-chief. Washington sent him on numerous important missions to tell generals what Washington wanted. 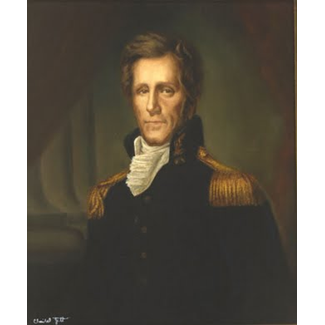 Andrew Jackson was the seventh President of the United States. He was born into a recently immigrated Scots-Irish farming family of relatively modest means, near the end of the colonial era. He was born somewhere near the then-unmarked border between North and South Carolina. During the American Revolutionary War Jackson, whose family supported the revolutionary cause, acted as a courier. He was captured, at age 13, and mistreated by his British captors. He later became a lawyer, and in 1796 he was in Nashville and helped found the state of Tennessee. He was elected to the U.S. House of Representatives, and then to the U. S. Senate. In 1801, Jackson was appointed colonel in the Tennessee militia, which became his political as well as military base. Jackson owned hundreds of slaves who worked on the Hermitage plantation which he acquired in 1804. Jackson killed a man in a duel in 1806, over a matter of honor regarding his wife Rachel. Jackson gained national fame through his role in the War of 1812, where he won decisive victories over the Indians and then over the main British invasion army at the Battle of New Orleans. 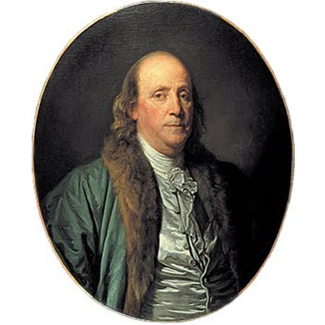 Benjamin Franklin (1706 1790) was an inventor, publisher. Scientist, and statesman, who is known as one of the Founding Fathers of the United States of America. He was a major figure in the Enlightenment, known as a printer, satirist, political theorist, civic activist, and a diplomat, famous for his theories of electricity. He founded the first public lending library in America and first fire department in Pennsylvania.

ThelemicKnight says2015-06-07T00:23:57.0223484-05:00
Report Post
He was quite the man around town hitting on all the old biddies! He believed ancient, mummified women in excess of 2,500-years-old were better in the sack than all the rest because they were desperate, willing, and jaded from all the times they got around the block already! He was the Gene Simmons of the Hellfire Club!
Vote & Comment
4 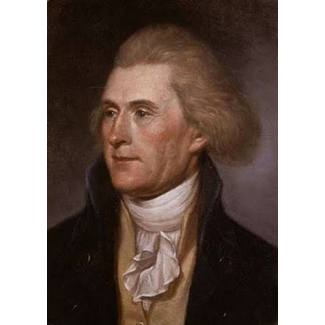 Thomas Jefferson was an American Founding Father, the principal author of the Declaration of Independence, and the third President of the United States. He was a spokesman for democracy, and embraced the principles of republicanism and the rights of the individual with worldwide influence. At the beginning of the American Revolution, he served in the Continental Congress, representing Virginia, and then served as a wartime Governor of Virginia. In May 1785, he became the United States Minister to France and later the first United States Secretary of State serving under President George Washington. In opposition to Alexander Hamilton's Federalism, Jefferson and his close friend, James Madison, organized the Democratic-Republican Party, and later resigned from Washington's cabinet. Elected Vice President in 1796 in the administration of John Adams, Jefferson opposed Adams, and with Madison secretly wrote the Kentucky and Virginia Resolutions, which attempted to nullify the Alien and Sedition Acts. 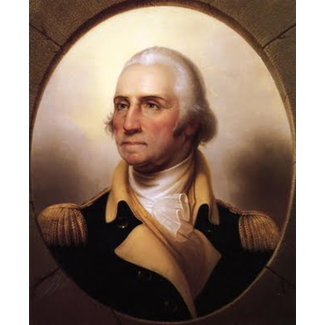 George Washington was the first President of the United States, the Commander-in-Chief of the Continental Army during the American Revolutionary War, and one of the Founding Fathers of the United States. He presided over the convention that drafted the United States Constitution, which replaced the Articles of Confederation and remains the supreme law of the land.Washington was unanimously elected President by the electors in both the 1788–1789 and 1792 elections. He oversaw the creation of a strong, well-financed national government that maintained neutrality in the wars raging in Europe, suppressed rebellion, and won acceptance among Americans of all types. Washington established many forms in government still used today, such as the cabinet system and inaugural address. His retirement after two terms and the peaceful transition from his presidency to that of John Adams established a tradition that continued up until Franklin D. Roosevelt was elected to a third term. Washington has been widely hailed as the "father of his country" even during his lifetime. 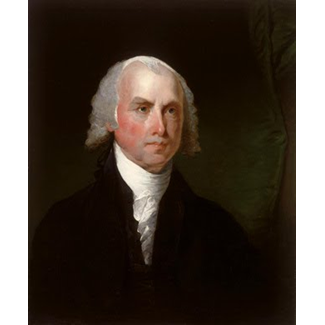 James Madison, Jr. Was an American statesman, political theorist and the fourth President of the United States. He is hailed as the "Father of the Constitution" for being instrumental in the drafting of the United States Constitution and as the key champion and author of the United States Bill of Rights. He served as a politician much of his adult life.After the constitution had been drafted, Madison became one of the leaders in the movement to ratify it. His collaboration with Alexander Hamilton and John Jay produced The Federalist Papers. Circulated only in New York at the time, they would later be considered among the most important treatises in support of the Constitution. He was also a delegate to the Virginia constitutional ratifying convention, and was instrumental to the successful ratification effort in Virginia. Like most of his contemporaries, Madison changed his political views during his life. During the drafting and ratification of the constitution, he favored a strong national government, though later he grew to favor stronger state governments, before settling between the two extremes late in his life. 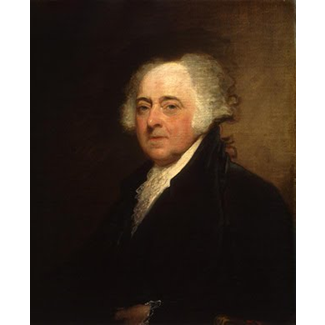 John Adams was the second president of the United States, having earlier served as the first vice president of the United States. An American Founding Father, Adams was a statesman, diplomat, and a leading advocate of American independence from Great Britain. Well educated, he was an Enlightenment political theorist who promoted republicanism, as well as a strong central government, and wrote prolifically about his often seminal ideas—both in published works and in letters to his wife and key adviser Abigail Adams. Adams was opposed to slavery, and never owned a slave. After the Boston Massacre, with anti-British feelings in Boston at a boiling point, he provided a principled, controversial, and successful legal defense of the accused British soldiers, because he believed in the right to counsel and the "protect[ion] of innocence".Adams came to prominence in the early stages of the American Revolution. A lawyer and public figure in Boston, as a delegate from Massachusetts to the Continental Congress, he played a leading role in persuading Congress to declare independence. 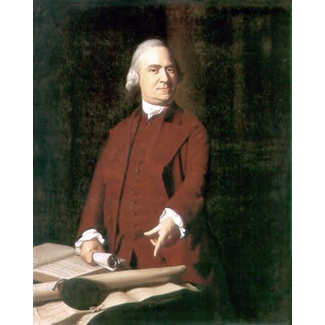 Samuel Adams was an American statesman, political philosopher, and one of the Founding Fathers of the United States. As a politician in colonial Massachusetts, Adams was a leader of the movement that became the American Revolution, and was one of the architects of the principles of American republicanism that shaped the political culture of the United States. He was a second cousin to President John Adams.Born in Boston, Adams was brought up in a religious and politically active family. A graduate of Harvard College, he was an unsuccessful businessman and tax collector before concentrating on politics. As an influential official of the Massachusetts House of Representatives and the Boston Town Meeting in the 1760s, Adams was a part of a movement opposed to the British Parliament's efforts to tax the British American colonies without their consent. His 1768 circular letter calling for colonial non-cooperation prompted the occupation of Boston by British soldiers, eventually resulting in the Boston Massacre of 1770. 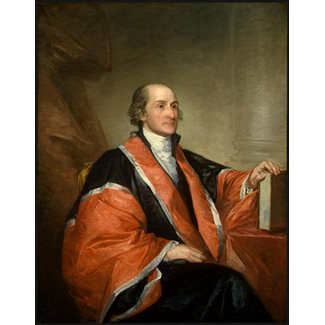 John Jay was an American statesman, Patriot, diplomat, one of the Founding Fathers of the United States, signer of the Treaty of Paris, and first Chief Justice of the United States.Jay was born into a wealthy family of merchants and government officials in New York City. He became a lawyer and joined the New York Committee of Correspondence and organized opposition to British rule. He joined a conservative political faction that, fearing mob rule, sought to protect property rights and maintain the rule of law while resisting British violations of human rights.Jay served as the President of the Continental Congress, an honorific position with little power. During and after the American Revolution, Jay was Minister to Spain, a negotiator of the Treaty of Paris by which Great Britain recognized American independence, and Secretary of Foreign Affairs, helping to fashion United States foreign policy. His major diplomatic achievement was to negotiate favorable trade terms with Great Britain in the Treaty of London of 1794.Jay, a proponent of strong, centralized government, worked to ratify the U.S.

ShabShoral says2015-06-12T23:33:24.9212791-05:00
Report Post
"Because in every Animal that walks upright, the Deficiency of the Fluids that fill the Muscles appears first in the highest Part: The Face first grows lank and wrinkled; then the Neck; then the Breast and Arms; the lower Parts continuing to the last as plump as ever: So that covering all above with a Basket, and regarding only what is below the Girdle, it is impossible of two Women to know an old from a young one. And as in the dark all Cats are grey, the Pleasure of corporal Enjoyment with an old Woman is at least equal, and frequently superior, every Knack being by Practice capable of Improvement." ~ Ben "Hundred Dolla Billz" Franklin
Privacy Policy | Terms of Use
Sitemap | View Desktop Version
©2020 Debate.org. All rights reserved.