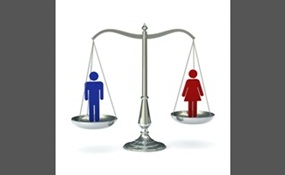 Which gender equality movement are you with?

zoo says2016-04-20T05:30:48.1805299Z
Report Post
Far too many special rights, laws, social programs, care, protection etc. are held only in the hands of feminists. I would like to see total equality but that would mean women would need to give up their special privileges that they only hold. A feminist fought against man only business's but now support many female only ones. That shows they are not for equality but control. MRA will need to push for true equality.
Vote & Comment
2

Feminism is a collection of movements and ideologies aimed at defining, establishing, and defending a state of equal political, economic, cultural, and social rights for women. This includes seeking to establish equal opportunities for women in educ... ation and employment. A feminist advocates or supports the rights and equality of women.Feminist theory, which emerged from feminist movements, aims to understand the nature of gender inequality by examining women's social roles and lived experience; it has developed theories in a variety of disciplines in order to respond to issues such as the social construction of sex and gender. Some of the earlier forms of feminism have been criticized for taking into account only white, middle-class, educated perspectives. This led to the creation of ethnically specific or multiculturalist forms of feminism.Feminist activists campaign for women's rights – such as in contract law, property, and voting – while also promoting bodily integrity, autonomy, and reproductive rights for women   more
6 votes
1 comment
Feminism - Voter Comments

SweetTea says2014-08-04T04:48:15.0014144-05:00
Report Post
I have to agree with Chimera. I'll also go a step farther ... I never felt (and I'm 54) that the Feminism movement helped me. In my 20's, I could have made a pretty solid argument that it only created tension, suspicion, even segregation -- the men against the women everywhere (specifically in the workplace)! It is still very much a man's world. Most women do better to learn how to work & thrive in it, by playing by the male rules. In other words, learn how to beat them at their own game. You gain respect of male colleagues, etc., faster than if you jump on the Feminist soapbox!
Privacy Policy | Terms of Use
Sitemap | View Desktop Version
©2020 Debate.org. All rights reserved.