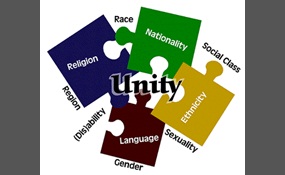 Which has more of an effect on political identity: Primordialism, Instrumentalism, or Constructivism?

Primordialism states that political identity comes as a result from birth, or emerge through early childhood experiences. Constructivism is the belief that political identity is derived from individual choice and thus changes over time. Instrumentalism holds that what is most important in a thing or idea is its value as an instrument of action and that the truth of an idea lies in its usefulness.

Constructivism is a theory of knowledge (epistemology) that argues that humans generate knowledge and meaning from an interaction between their experiences and their ideas. During infancy, it was an interaction between human experiences and their re... flexes or behavior-patterns. Jean Piaget called these systems of knowledge schemata. Constructivism is not a specific pedagogy, although it is often confused with constructionism, an educational theory developed by Seymour Papert, inspired by constructivist and experiential learning ideas of Piaget. Piaget's theory of constructivist learning has had wide ranging impact on learning theories and teaching methods in education and is an underlying theme of many education reform movements. Research support for constructivist teaching techniques has been mixed, with some research supporting these techniques and other research contradicting those results. Formalization of the theory of constructivism is generally attributed to Jean Piaget, who articulated mechanisms by which knowledge is internalized by learners. He suggested that through processes of accommodation and assimilation, individuals construct new knowledge from their experiences. When individuals assimilate, they incorporate the new experience into an already existing framework without changing that framework. This may occur when individuals' experiences are aligned with their internal representations of the world, but may also occur as a failure to change a faulty understanding; for example, they may not notice events, may misunderstand input from others, or may decide that an event is a fluke and is therefore unimportant as information about the world. In contrast, when individuals' experiences contradict their internal representations, they may change their perceptions of the experiences to fit their internal representations   more
3 votes
0 comments
Constructivism - Voter Comments
No Comments
Vote & Comment
2

Instrumentalism is an interpretation within the philosophy of science that a successful scientific theory reveals nothing known either true or false about nature's unobservable aspects. By instrumentalism, then, scientific theory is a tool whereby h... umans predict observations in a particular domain of nature by organizing laws, which state regularities, but theories do not unveil hidden aspects of nature to explain the laws. Initially a novel perspective introduced by Pierre Duhem in 1906, instrumentalism is largely the prevailing practice of physicists today.Rejecting the ambitions of scientific realism to attain metaphysical truth about nature, instrumentalism is usually categorized as an antirealism, although its mere lack of commitment to scientific theory's realism can be termed nonrealism. Instrumentalism merely bypasses debate such as whether a particle talked about in particle physics is a discrete entity of individual existence, or is an excitation mode of a region of a field, or whether, reflecting an underlying reality that is not even a field, is something else altogether   more
0 votes
0 comments
Instrumentalism - Voter Comments
No Comments
Vote & Comment
3

Primordialism or perennialism is the argument which contends that nations are ancient, natural phenomena. Primordialism can be traced philosophically to the ideas of German Romanticism, particularly in the works of Johann Gottlieb Fichte and Johann ... Gottfried Herder. For Herder, the nation was synonymous with language group. In Herder's thinking, language was synonymous with thought, and as each language was learnt in community, then each community must think differently. This also suggests that the community would hold a fixed nature over time. Primordialism encountered enormous criticism after the Second World War, with a few scholars of nationalism coming to treat the nation as a community constructed by the technologies and politics of modernity. Though largely rejected by most theorists of nationalism, some of its ideas have found parallels in ethnosymbolism   more
0 votes
0 comments
Primordialism - Voter Comments
No Comments
Vote & Comment
Leave a comment...
(Maximum 900 words)