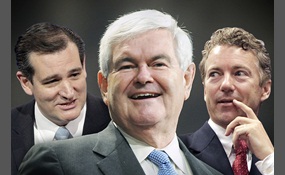 Which ideology is right most of the time?

Liberalism is a political philosophy or worldview founded on ideas of liberty and equality. Liberals espouse a wide array of views depending on their understanding of these principles, but generally they support ideas such as free and fair elections... , civil rights, freedom of the press, freedom of religion, free trade, and private property.Liberalism first became a distinct political movement during the Age of Enlightenment, when it became popular among philosophers and economists in the Western world. Liberalism rejected the notions, common at the time, of hereditary privilege, state religion, absolute monarchy, and the Divine Right of Kings. The 17th century philosopher John Locke is often credited with founding liberalism as a distinct philosophical tradition. Locke argued that each man has a natural right to life, liberty and property and according to the social contract, governments must not violate these rights. Liberals opposed traditional conservatism and sought to replace absolutism in government with representative democracy and the rule of law   more
10 votes
2 comments
Liberalism - Voter Comments

SweetTea says2014-07-11T04:00:41.2938619-05:00
Report Post
Even great Republicans like T.R. were progressive in views as well as many actions. I don't think Liberals are 100% correct -- neither party is. But I do believe they are bringing better ideas to the table than the GOP, these days. To be honest, I like to actually see politicians work for me & America. The fighting is nothing but childish behavior. It isn't helping anyone.
Vote & Comment
2

Conservatism as a political and social philosophy promotes retaining traditional social institutions. A person who follows the philosophies of conservatism is referred to as a traditionalist or conservative. Some conservatives seek to preserve thing... s as they are, emphasizing stability and continuity, while others, called reactionaries, oppose modernism and seek a return to "the way things were". The first established use of the term in a political context originated with François-René de Chateaubriand in 1818, during the period of Bourbon restoration that sought to roll back the policies of the French Revolution. The term, historically associated with right-wing politics, has since been used to describe a wide range of views. There is no single set of policies that are universally regarded as conservative, because the meaning of conservatism depends on what is considered traditional in a given place and time. Thus conservatives from different parts of the world—each upholding their respective traditions—may disagree on a wide range of issues   more
7 votes
1 comment
Conservatism - Voter Comments

briantheliberal says2014-07-10T23:48:34.6868710-05:00
Report Post
Well, I personally believe modern liberalism and progressive ideologies are right most of the time, especially on a social level. There is a reason it is most popular among developed civilizations, conservatism is not necessary in a progressing society, just look at the overwhelming majority of conservative countries, overwhelming poverty and violence, religious tyranny and lack of education. In America, conservatives are usually brainwashed by propaganda, especially when it comes to social issues.