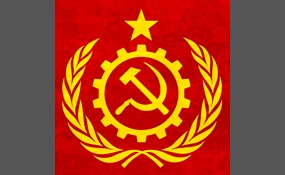 Which is a better way of running a government?

This is a poll on which of the parties shown is a better way to run a nation and government.

Marxism is a worldview and method of societal analysis that focuses on class relations and societal conflict, that uses a materialist interpretation of historical development, and a dialectical view of social transformation. Marxist methodology uses...  economic and sociopolitical inquiry and applies that to the analysis and critique of the development of capitalism and the role of class struggle in systemic economic change.In the mid-to-late 19th century, the intellectual tenets of Marxism were inspired by two German philosophers: Karl Marx and Friedrich Engels. Marxist analyses and methodologies have influenced multiple political ideologies and social movements. Marxism encompasses an economic theory, a sociological theory, a philosophical method, and a revolutionary view of social change.There is no single definitive Marxist theory; Marxist analysis has been applied to diverse subjects and has been misconceived and modified during the course of its development, resulting in numerous and sometimes contradictory theories that fall under the rubric of Marxism or Marxian analysis   more
13 votes
7 comments
Marxism - Voter Comments

Chimera says2014-08-10T16:58:05.4949493-05:00
Report Post
I'm voting for this, even though Marxism isn't intended as a way of governing a nation. Nor has it ever been. Marxism is around the use of an organizational vessel (a 'state' in the Marxist sense, which can mean many other things than the current bourgeois definition of the term 'state') to be commanded by the proletariat against the bourgeois state, during a revolutionary period. After this, the proletariat doesn't take control of the state (this is the problem with Leninism and it's degenerates), but rather abolishes it to further the abolition of class. So, Marxism is not intended as a way of organizing a country, and should not be on this poll. Also, Marxism is much more than a socioeconomic system, and branches off both into social history, and philosophy.

lifemeansevolutionisgood says2014-08-10T20:31:09.6931896-05:00
Report Post
If his ideal government could be realized, then we would have the closest thing to utopia that we have ever (and probably will ever) achieve.

Fascism is a form of radical authoritarian nationalism that came to prominence in early 20th-century Europe. Influenced by national syndicalism, fascism originated in Italy in the immediate aftermath of World War I, combining more typically right-wi... ng positions with elements of left-wing politics, in opposition to liberalism, Marxism, and traditional conservatism. Although fascism is usually placed on the far right on the traditional left–right spectrum, several self-described fascists have said that the description is inadequate.Fascists sought to unify their nation through an authoritarian state that promoted the mass mobilization of the national community and were characterized by having leadership that initiated a revolutionary political movement aiming to reorganize the nation along principles according to fascist ideology. Fascist movements shared certain common features, including the veneration of the state, a devotion to a strong leader, and an emphasis on ultranationalism and militarism   more
4 votes
2 comments
Fascism - Voter Comments

Stalinism is a means of governing and related policies to direct socialism and develop a communist society, conceived and implemented by Joseph Stalin on the basis of Marxism-Leninism. Stalinism in the Soviet Union was characterised by: state terror... , authoritarianism, a centralized and single-party state, the theory of socialism in one country, rapid industrialization, collectivization of agriculture, and subordination of foreign communist parties to those of the Communist Party of the Soviet Union—deemed to be the forefront vanguard party of communist revolution at the time.Stalinist industrialization was officially designed to accelerate the development towards communism, stressing that such rapid industrialization was needed because the country was previously economically backward in comparison with other countries; and that it was needed in order to face the challenges posed by internal and external enemies of communism. Rapid industrialization was accompanied with mass collectivization of agriculture and rapid urbanization. Rapid urbanization converted many small villages into industrial cities   more
1 vote
1 comment
Stalinism - Voter Comments

Maoism, not to be confused with Third Worldism generally, is a theoetical stance under the banner of Marxism-Leninism-Maoism which asserts that the majority of first-world workers "receive wages above the abstract value of labor, i.e. above the valu... e of the goods and services exchanged throughout the world-economy in a given period divided be the quantity of labor through which it is produced, are not part of the proletariat because the magnitude of their wages are dependent on imperialist exploitation and could not be maintained without it"   more
0 votes
0 comments
Maoism - Voter Comments
No Comments
Vote & Comment
5

Nazism, Naziism, or National Socialism in full, is the ideology and practice associated with the 20th-century German Nazi Party and state as well as other related far-right groups. It was also contemporaneous or promoted in other European countries,...  particularly those with large ethnic German communities such as Czechoslovakia, Hungary, Romania and Yugoslavia Usually characterised as a form of fascism that incorporates scientific racism and antisemitism, Nazism originally developed from the influences of pan-Germanism, the Völkisch German nationalist movement and the anti-communist Freikorps paramilitary culture in post-First World War Germany, which many Germans felt had been left humiliated by the Treaty of Versailles.German Nazism subscribed to theories of racial hierarchy and social Darwinism, asserted the superiority of an Aryan master race, and criticised both capitalism and communism for being associated with Jewish materialism. It aimed to overcome social divisions, with all parts of a racially homogenous society cooperating for national unity and regeneration and to secure territorial enlargement at the expense of supposedly inferior neighbouring nations   more
0 votes
0 comments
Nazism - Voter Comments
No Comments
Vote & Comment
Leave a comment...
(Maximum 900 words)

Chimera says2014-08-10T17:09:11.5365038-05:00
Report Post
@thesouthwillrise Communism =/= 100% equality. Communism = abolition of class (both social and economic), the state, and currency, as well as workers common ownership of the means of production, with society being organized upon the maxim: "From each according to their abilities, to each according to their needs". This is not '100% equality' as you put it.