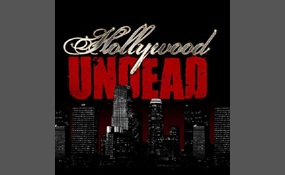 Which is the best Hollywood Undead album?

Notes from the Underground

Desperate Measures is the second CD/DVD box set by American rock band Hollywood Undead. The album was released on November 10, 2009 through A&M Records and Octone Records. The album includes three new songs, three cover songs, a remix of "Everywhere...  I Go", and six live versions of previously released tracks from a concert in Albuquerque, New Mexico along with a 60-minute DVD of live performances. The album debuted at #29 on the Billboard 200, #10 on Top Rock Albums, and #15 on Top Digital Albums   more
0 votes
0 comments
Desperate Measures - Voter Comments
No Comments
Vote & Comment
4

American Tragedy is the second studio album by American rap rock band Hollywood Undead. Production for the album began following the induction of Daniel Murillo into the band in early 2010 and lasted until December. Don Gilmore and Ben Grosse, who h... elped produce the band's debut album, Swan Songs, also returned to produce the album along with several other producers including Kevin Rudolf, Sam Hollander, Dave Katz, Griffin Boice, Jeff Halavacs, and Jacob Kasher. The album is musically heavier and features darker lyrical content than the band's previous effort, also focusing largely on rock music rather than rap. Originally set to release in March, American Tragedy was released on April 5, 2011 in the United States and was released on various other dates that month in other countries. A remix of the album, American Tragedy Redux, was released on November 21, 2011.The album debuted at number four on the US Billboard 200, selling approximately 67,000 copies in its first week in the United States, and ended up becoming the 142nd best selling album of 2011 in the US. It also charted in a few other countries, including Canada and the UK, a first for the band   more
0 votes
0 comments
American Tragedy - Voter Comments
No Comments
Vote & Comment
No comments yet.
Leave a comment...
(Maximum 900 words)
Privacy Policy | Terms of Use
Sitemap | View Desktop Version
©2020 Debate.org. All rights reserved.