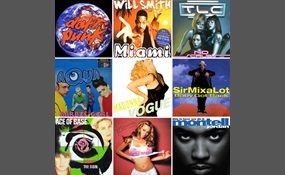 stainless67 says2015-10-10T18:52:46.5918030Z
Report Post
I remember seeing a viedo where the soviet union collapsed and the next week metallica was in east germany opening with this song. that crowd went nuts
Vote & Comment
4

Alice in Chains - Man In The Box

Alice in Wonderland is a two-part film adaptation of Lewis Carroll's Alice books. An Irwin Allen production, it was a special made for television and used a huge all-star cast of notable actors and actresses. The title role was played by Natalie Gre... gory, who wore a blonde wig for this miniseries. Alice in Wonderland was first telecast December 9, 1985, and December 10, 1985, at 8:00pm EST on CBS.It was filmed in Los Angeles at the MGM Studios in Culver City over a 55-day period from March 12, 1985 to May 28 of that same year. Additional filming took place at Malibu Beach for the oysters scene, and establishing shots of Alice's house took place at the S. S. Hinds Estate, also in the Los Angeles area   more
1 vote
0 comments
Alice in Chains - Man In The Box - Voter Comments
No Comments
Vote & Comment
10