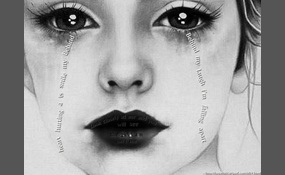 Which is the most agonizing

Many things hurts but which is worse

Letting both your feet fall asleep and running on thumbtacks/legos

TheMarquis says2015-04-21T15:06:13.6869407-05:00
Report Post
I have nerve damage and have stepped on a myriad of things. Something about temporary numbness makes it a thousand times worse. Probably because your body doesn't react in time to stop you from REALLY hurting yourself.
Vote & Comment
2

Sliding on a slip and slide without water

Korn is an American nu metal band from Bakersfield, California, formed in 1993. The band's current lineup includes founding members Jonathan Davis, James "Munky" Shaffer, Brian "Head" Welch, and Reginald "Fieldy" Arvizu, with the addition of Ray Luz... ier who replaced the band's original drummer, David Silveria. Korn was originally formed by three of the members of the band L.A.P.D.Korn released their first demo album, Neidermayer's Mind, in 1993. The band later went on to release their self-titled debut album in 1994, followed by Life Is Peachy in 1996. The band experienced mainstream success with Follow the Leader and Issues, both of which debuted at number one on the Billboard 200. The band's mainstream success continued with Untouchables and Take a Look in the Mirror.A compilation album, Greatest Hits Vol. 1, was released in 2004, spanning a decade of singles and concluding the band's recording contract with Immortal Records and Epic Records. They signed to Virgin Records, releasing See You on the Other Side in 2005, and an untitled album in 2007   more
0 votes
0 comments
Korn new album - Voter Comments
No Comments
Vote & Comment
Leave a comment...
(Maximum 900 words)