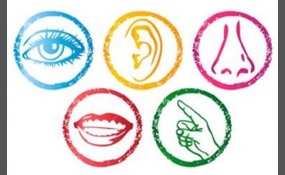 Which is the most important sense out of our 21?

Equilibrioception or sense of balance is one of the physiological senses. It helps prevent humans and animals from falling over when walking or standing still. Balance is the result of a number of body systems working together: the eyes, ears and th... e body's sense of where it is in space ideally need to be intact. The vestibular system, the region of the inner ear where three semicircular canals converge, works with the visual system to keep objects in focus when the head is moving. This is called the vestibulo-ocular reflex. The balance system works with the visual and skeletal systems to maintain orientation or balance. Visual signals sent to the brain about the body's position in relation to its surroundings are processed by the brain and compared to information from the vestibular, visual and skeletal systems   more
5 votes
3 comments
Equilibrioception - Voter Comments

FreedomBeforeEquality says2015-09-02T19:03:23.8979000Z
Report Post
I feel this one is the most finely tuned as it will allow you to distinguish between an objects more precisely and at a distance. With it you could still make the correlations to something being hot (because it could be a thing frequently encountered as hot or cold or whatever) without actually having to come in contact with it. Sound would be close too, but its not as fine in its ability to separate things from one another ... not like we do with light.
Vote & Comment
3

Olfaction, also known as olfactics, is the sense of smell. This sense is mediated by specialized sensory cells of the nasal cavity of vertebrates, which can be considered analogous to sensory cells of the antennae of invertebrates. In humans, olfact... ion occurs when odorant molecules bind to specific sites on the olfactory receptors. These receptors are used to detect the presence of smell. They come together at the glomerulus, a structure which transmits signals to the olfactory bulb. Many vertebrates, including most mammals and reptiles, have two distinct olfactory systems—the main olfactory system, and the accessory olfactory system. For air-breathing animals, the main olfactory system detects volatile chemicals, and the accessory olfactory system detects fluid-phase chemicals. Olfaction, along with taste, is a form of chemoreception. The chemicals themselves that activate the olfactory system, in general at very low concentrations, are called odorants. Although taste and smell are separate sensory systems in land animals, water-dwelling organisms often have one chemical sense   more
0 votes
0 comments
Olfaction - Voter Comments
No Comments
Vote & Comment
7

FreedomBeforeEquality says2015-11-30T04:17:51.6327888Z
Report Post
Why equilibrioception. What do we need to stand for? We could do all sorts of things from lower to the ground (all fours or prone even). Just check out how well our astronauts do up in space ... With zero ability (or need really) to right themselves. You can still manipulate all sorts of things.
Privacy Policy | Terms of Use
Sitemap | View Desktop Version
©2021 Debate.org. All rights reserved.