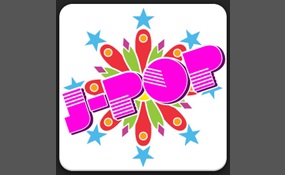 Which j-pop group is better?

Momoiro Clover Z, commonly abbreviated as Momoclo, is a Japanese idol group, composed of five girls. They are known for energetic performances, incorporating elements of ballet, gymnastics, and action movies. Momoiro Clover Z is ranked as the most p... opular female idol group according to 2013 and 2014 surveys. In 2013, it was the 4th music artist by total sales revenue in Japan, with over ¥5.2 billion   more
1 vote
0 comments
Momoiro Clover Z - Voter Comments
No Comments
Vote & Comment
2

Perfume is a Japanese pop girl group from Hiroshima Prefecture, Japan, consisting of Ayano Ōmoto, Yuka Kashino, and Ayaka Nishiwaki. The group has been signed with Universal Music Japan since 2012.The group was formed in early 2000 inside young tale... nt academy Actors School Hiroshima, and debuted with their first Hiroshima-local single "Omajinai Perori" released on March 21, 2002. A year later they moved to Tokyo, started to work with Capsule's producer Yasutaka Nakata and released their first nationwide indie single, "Sweet Donuts" on August 6, 2003. In 2005 they got a major contract deal with Tokuma Japan Communications, and released their major debut single "Linear Motor Girl" on September 21. However, it was not until 2008 where the group's seventh single "Polyrhythm", which was chosen to be the theme song of a recycle campaign by NHK, when they started to receive major attention in Japan. The single peaked at number seven on the Oricon charts, becoming their first Top 10 single in Japan, and since then, all of their subsequent works starting with their eighth single "Baby Cruising Love" have debuted within the Top 3 of the charts   more
1 vote
0 comments
Perfume - Voter Comments
No Comments
Vote & Comment
3

Exile is a 19-member Japanese boy band. The leader of the group is Hiro, who debuted as a member of Zoo under For Life Music, but Exile has released their singles and albums under Avex Group's label Rhythm Zone. Hiro and Avex's president Max Matsuur... a came from the same high school.In total, they have sold over 20 million records in Japan alone   more
0 votes
0 comments
Exile - Voter Comments
No Comments
Vote & Comment
4

Berryz Kobo, also romanized as Berryz Koubou or Berryz Kōbō, is a Japanese girl group, currently consisting of seven members.The pop group is part of Hello! Project, produced by Tsunku, who also writes its songs. Of all the musical acts in Hello! Pr... oject, Berryz hold the title of the most consistent line-up, having kept all of their original members since their one and only graduation in 2005.The group was formed in 2004 and debuted with its first single in March of the same year. In 2007, Berryz Kobo set the record for being the youngest act ever to give a solo concert at Saitama Super Arena. In 2008, the group received the Best Asian Newcomer Award at the Asia Song Festival and a Cable Music Award at the 41st Japan Cable Awards ceremony.As of June 2014, the group has released 35 singles, 9 studio albums, 1 EP and 1 compilation album. Berryz Kobo's combined CD and DVD sales exceed 1 million copies in Japan alone   more
0 votes
0 comments
Berryz Kobo - Voter Comments
No Comments
Vote & Comment
5

AAA, a backronym for Attack All Around, is a 7-member Japanese pop group signed to the label Avex Trax which debuted in September 2005. The name has the meaning of challenging everything, and the group is marketed by their label as a "super performa... nce unit".The group was formed through Avex's auditions and originally consisted of five young men and three young women who had acted in commercials and had experience being back dancers for other Japanese stars, such as Ayumi Hamasaki and Ami Suzuki   more
0 votes
0 comments
AAA - Voter Comments
No Comments
Vote & Comment
7

Hey! Say! JUMP is a nine-member Japanese idol group under the Japanese talent agency Johnny & Associates. The name Hey! Say! Refers to the fact that all the members were born in the Heisei period and JUMP is an acronym for Johnny's Ultra Music Power... . Like agency seniors Hikaru Genji and V6, the group is split into two subgroups: Hey! Say! BEST and Hey! Say! 7, which consist of the five oldest members and four youngest members respectively   more
0 votes
0 comments
Hey! Say! JUMP - Voter Comments
No Comments
Vote & Comment
8

9nine is a girl idol group, founded in 2005 by LesPros Entertainment. It was created as a nine-member group, but currently consists of five girls. In 2010, 9nine switched to the label SME Records and aimed for the highest position in the musical ind... ustry. The band changed its music style from typical idol pop to electropop. The group's 2012 single "Shōjo Traveller" became its first to reach the Top 10 of the Oricon Weekly Singles Chart. The self-titled album 9nine, that soon followed, debuted at number 8   more
0 votes
0 comments
9nine - Voter Comments
No Comments
Vote & Comment
9

Dempagumi.Inc is a Japanese female idol group from Akihabara, Tokyo. Their music generally follows the style of denpa song. All members are said to be former otaku.
0 votes
0 comments
Dempagumi.Inc - Voter Comments
No Comments
Vote & Comment
10

AKB48 is a Japanese idol girl group named after the Akihabara area of Tokyo, where the group's theater is located, and its original roster of 48 members. As of August 2014, the group has expanded to include 140 members aged from their early teens to...  their mid-20s. AKB48's producer, Yasushi Akimoto, wanted to form a girl group with its own theater and performing daily so fans could always see them live. This "idols you can meet" concept includes teams which can rotate performances and perform simultaneously at several events and "handshake" events, where fans can meet group members. Akimoto has expanded the AKB48 concept to several sister groups in Japan, China and Indonesia.The group is one of the highest-earning musical performers in Japan, with 2013 sales of over $128 million, and has been characterized as a social phenomenon. As of March 2014 the group has sold over 30 million records, including over 28.78 million singles as of May 2014, the second-highest musical act in Japan in the number of singles sold and the highest by a girl group   more
0 votes
0 comments
AKB48 - Voter Comments
No Comments
Vote & Comment
11

NMB48 is a Japanese idol girl group that debuted in 2011 as the second sister group to AKB48, produced by Yasushi Akimoto. The group performs at the NMB48 Theater which is located in the basement of the Yes-Namba Building in Namba, Osaka. The name "... NMB" comes from "Namba" in the Minami district in Osaka   more
0 votes
0 comments
NMB48 - Voter Comments
No Comments
Vote & Comment
13

Morning Musume '14, formerly simply Morning Musume and sometimes referred to as Momusu, is a Japanese girl group formed in 1997 by rock singer-songwriter turned record producer Tsunku, who later composed a vast majority of the group's songs over the...  decade. They are the lead group of Hello! Project that specialises in upbeat, pop-oriented music coupled with dance performance. The group produced several splinter groups, and often collaborates with other Hello! Project acts, including Country Musume, Berryz Kobo, Cute, Melon Kinenbi, and v-u-den. The group's name can be translated as "Morning Daughters" or "Morning Girls"; as the name suggests, it consists of members mostly in their late adolescence and early 20s. The average age of the group members has remained more or less unchanged since its original formation because the group maintains a "school-like" system for their continuous line-up changes, with older members "graduating" and new, usually younger, members selected from nationwide auditions admitted to the group almost annually.Since 2007, with their expansion into the Chinese-speaking market, the group officially adopted the name Jou An Sao Nu Jou   more
0 votes
0 comments
Morning Musume - Voter Comments
No Comments
Vote & Comment
15

SNH48 is an idol group based in Shanghai, China. It is AKB48’s second sister group outside of Japan. Following AKB48's creator Yasushi Akimoto 's concept of "idols you can meet", the group features dozens of female members around the age of 20, who ... perform regularly in the group's own theater and interact with fans predominantly via handshake events. The first generation of members was announced on October 15, 2012 and included 26 native members and AKB48's Sae Miyazawa and Mariya Suzuki as temporary japanese members. The group is owned by chinese companies NineStyle and Star48   more
0 votes
0 comments
SNH48 - Voter Comments
No Comments
Vote & Comment
16

JKT48 is an Indonesian idol group whose name is derived from its base city of Jakarta and the Japanese idol group AKB48. Formed in 2011, it is the first AKB48 sister group outside of Japan and adopts the concept of "idols you can meet". Fans can att... end daily performances at the group's theater, which was built as a close replica to the AKB48 Theater in Akihabara.Producer Yasushi Akimoto decided to bring the AKB48 concept to Indonesia because the group had begun to develop a fan base in the country. Indonesia's growing economy was seen as a potential market by many Japanese companies, and Akimoto established a franchising partnership with Dentsu Media Group Indonesia to replicate the AKB48 business model. Dentsu Media Group Indonesia then cooperate with the country's largest media conglomerate Global Mediacom, the southeast Asia's largest and most integrated media group as JKT48 official media partner.While JKT48 does not restrict membership by nationality, applicants must be residents of Indonesia. The group has 72 members and released its first studio album Heavy Rotation on 16 February 2013 via Hits Records, a division of MNC subsidiary PT Star Media Nusantara   more
0 votes
0 comments
JKT48 - Voter Comments
No Comments
Vote & Comment
17

Arashi is a popular Japanese idol group consisting of five members formed under the Johnny's Entertainment talent agency. The group was officially formed on September 15, 1999, in Honolulu, Hawaii, and made their debut CD on November 3, 1999. The gr... oup was initially signed to Pony Canyon and released one studio album and six singles—beginning with their 1999 eponymous debut single before moving to the Johnny's subsidiary label J Storm in 2001, which was initially set up for their succeeding releases. While their debut single debuted atop the Oricon weekly chart selling a little over half a million copies, the group subsequently faced slowly declining sales.With the release of their eighteenth single "Love So Sweet", Arashi began gaining commercial success as "Love So Sweet" was used as the opening theme song for the high-rating drama Hana Yori Dango 2, making it one of the top five best-selling singles of 2007 in Japan and the group's first single to exceed 400,000 copies sold overall in nearly seven years   more
0 votes
0 comments
Arashi - Voter Comments
No Comments
Vote & Comment
Leave a comment...
(Maximum 900 words)