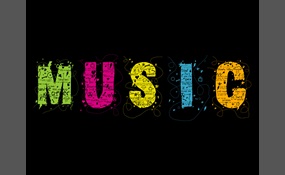 The Chainsmokers are a New York City based disc jockey/producer duo consisting of members Andrew Taggart and Alex Pall. They are managed by Adam Alpert of the management company 4AM.
6 votes
1 comment
The Chainsmokers #Selfie - Voter Comments

"Gangnam Style" is the 18th K-pop single by the South Korean musician Psy. The song was released in July 2012 as the lead single of his sixth studio album Psy 6, Part 1, and debuted at number one on South Korea's Gaon Chart. On December 21, 2012, "G... angnam Style" became the first YouTube video to reach a billion views. As of March 23, 2014, the music video has been viewed over 1.934 billion times on YouTube, and it is the site's most watched video after surpassing Justin Bieber's single "Baby".The phrase "Gangnam Style" is a Korean neologism that refers to a lifestyle associated with the Gangnam District of Seoul. The song and its accompanying music video went viral in August 2012 and have influenced popular culture worldwide since then. "Gangnam Style" received mixed reviews, with praise going to its catchy beat and Psy's amusing dance moves in the music video and during live performances in various locations around the world. In September 2012, "Gangnam Style" was recognized by Guinness World Records as the most "liked" video on YouTube. It subsequently won Best Video at the MTV Europe Music Awards held later that year. It became a source of parodies and reaction videos by many different individuals, groups and organizations   more
5 votes
2 comments
Gangnam Style - Voter Comments

The Fox (What Does the Fox Say?)

"The Fox (What Does the Fox Say?)", is an electronic dance song and viral video by Norwegian comedy duo Ylvis. The top trending video of 2013 on YouTube, "The Fox" was posted on the video-sharing website 3 September 2013, and had over 366 million vi... ews as of 19 February 2014. "The Fox" peaked at number 6 for three consecutive weeks on the Billboard Hot 100, and is also the highest-ranked song by a Norwegian artist on the chart since a-ha's number-one song "Take on Me" in 1985.Originally an "anti-hit" produced as a part of the duo's new season of Norwegian television talk show I kveld med YLVIS and uploaded on YouTube as a teaser, "The Fox", "created to fail", has ironically and accidentally gone viral, becoming Ylvis' "breakout" song and drawing international attention to the group. There are currently no plans to release an album including the song or any sequel to it   more
3 votes
1 comment
The Fox (What Does the Fox Say?) - Voter Comments