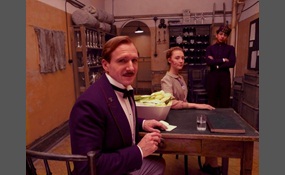 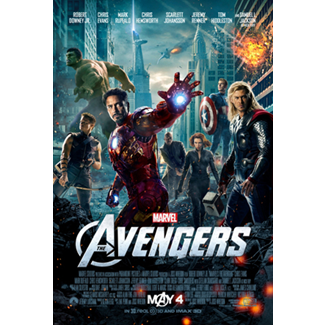 The Avengers is a team of superheroes, appearing in comic books published by Marvel Comics. The team made its debut in The Avengers #1, created by writer-editor Stan Lee and artist/co-plotter Jack Kirby, following the trend of super-hero teams after the success of DC Comics' Justice League of America.Labeled Earth's Mightiest Heroes, the Avengers originally consisted of Iron Man, Ant-Man, the Wasp, Thor, and the Hulk. The original Captain America was discovered, trapped in ice, and joined the group after they revived him. A rotating roster became a hallmark, although one theme remained consistent: the Avengers fight "the foes no single superhero can withstand." The team, famous for its battle cry of "Avengers Assemble!", has featured humans, mutants, robots, aliens, supernatural beings, and even former villains.Some of the media based off the team include an animated television series titled The Avengers: Earth's Mightiest Heroes, which ran for two seasons and received positive acclaim from critics and fans alike. 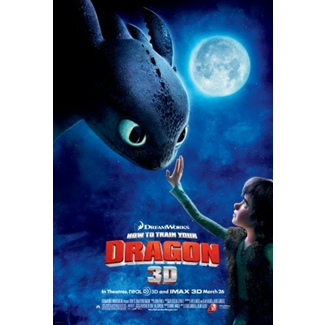 How to Train Your Dragon

How to Train Your Dragon is a 2010 American 3D computer-animated action-fantasy film by DreamWorks Animation loosely based on the British book series of the same name by Cressida Cowell. The film was directed by Chris Sanders and Dean DeBlois, the duo who directed Disney's Lilo & Stitch. It stars the voices of Jay Baruchel, Gerard Butler, Craig Ferguson, America Ferrera, Jonah Hill, T.J. Miller, Kristen Wiig, and Christopher Mintz-Plasse.The story takes place in a mythical Viking world where a young Viking teenager named Hiccup aspires to follow his tribe's tradition of becoming a dragon slayer. After finally capturing his first dragon, and with his chance at finally gaining the tribe's acceptance, he finds that he no longer has the desire to kill it and instead befriends it.The film was released March 26, 2010 and was a critical and commercial success, earning acclaim from film critics and audiences and earning nearly $500 million worldwide. It was nominated for the Academy Award for Best Animated Feature and Best Original Score at the 83rd Academy Awards, but lost to Toy Story 3 and The Social Network, respectively.

How to Train Your Dragon - Voter Comments 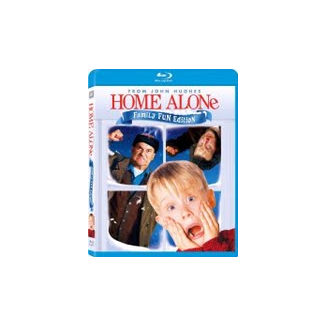 Home Alone is a 1990 American Christmas family comedy film written and produced by John Hughes and directed by Chris Columbus. The film stars Macaulay Culkin as Kevin McCallister, an eight-year-old boy who is mistakenly left behind when his family flies to Paris for their Christmas vacation. Kevin initially relishes being home alone, but soon has to contend with two would-be burglars played by Daniel Stern and Joe Pesci. The film also features Catherine O'Hara and John Heard as Kevin's parents. As of 2009, Home Alone was the highest-grossing comedy of all time. It spawned a successful franchise, with four sequels and three video games, and with the main cast reprising their roles for the sequel Home Alone 2: Lost in New York. 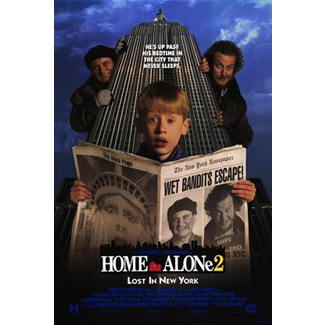 Home Alone 2: Lost in New York is a 1992 American Christmas family comedy film written and produced by John Hughes and directed by Chris Columbus. It is the second film in the Home Alone series and the sequel to Home Alone. Macaulay Culkin reprises his role as Kevin McCallister, while Joe Pesci and Daniel Stern reprise their roles as the Wet Bandits. Catherine O'Hara, John Heard, Tim Curry, and Brenda Fricker are also featured.The movie was filmed in Winnetka, Illinois, O'Hare International Airport in Chicago, Miami, and New York City. The exterior of Duncan's Toy Chest in New York City was filmed outside of the Rookery Building in downtown Chicago. Despite receiving mixed-to-negative reviews from critics, the film became the second most financially successful film of 1992, earning over $173 million in revenue in the United States and over $359 million worldwide against a budget of $20 million.Home Alone 3 followed five years later in 1997, Home Alone 4 followed in 2002, and Home Alone: The Holiday Heist followed in 2012. Culkin did not appear in any of them nor did the rest of the cast. 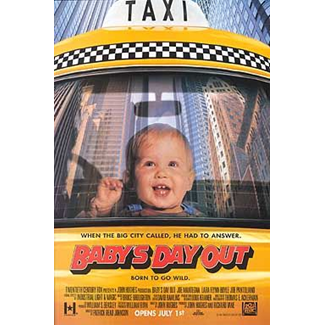 Baby's Day Out is een film. 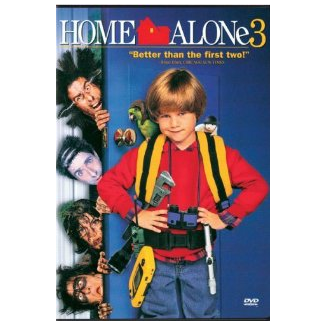 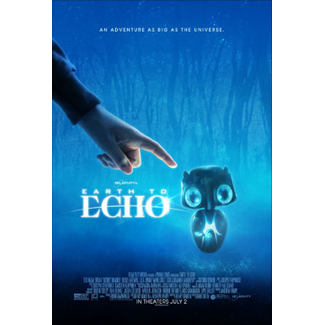 Earth to Echo is a 2014 adventure film written by Henry Gayden and Andrew Panay and directed by David Green. 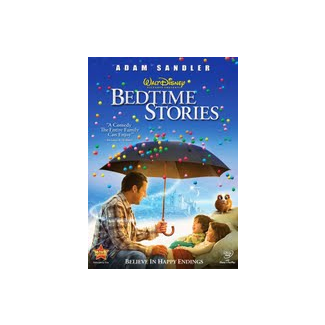 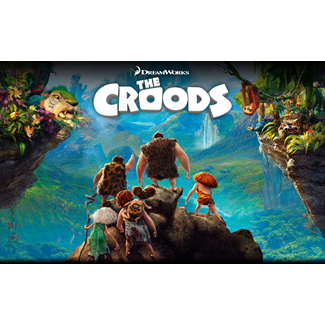 The Croods is a 2013 American 3D computer-animated adventure comedy film produced by DreamWorks Animation and distributed by 20th Century Fox. It features the voices of Nicolas Cage, Emma Stone, Ryan Reynolds, Catherine Keener, Clark Duke, and Cloris Leachman. The film is set in a fictional prehistoric Pliocene era known as The Croodaceous when a caveman's position as a "Leader of the Hunt" is threatened by the arrival of a prehistoric genius who comes up with revolutionary new inventions as they trek through a dangerous but exotic land in search of a new home.The Croods was written and directed by Kirk DeMicco and Chris Sanders, and produced by Kristine Belson and Jane Hartwell. The film premiered at the 63rd Berlin International Film Festival on February 15, 2013, and was released in the United States on March 22, 2013. As part of the distribution deal, this film is the first from DreamWorks Animation to be distributed by 20th Century Fox, since the end of their distribution deal with Paramount Pictures. 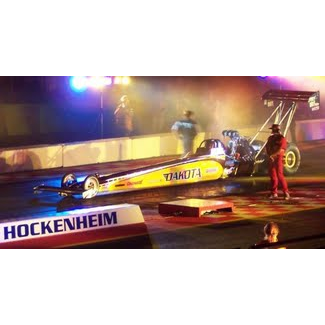 G-Force is a 2009 spy-fi comedy film produced by Walt Disney Pictures and Jerry Bruckheimer Films. Written by Cormac Wibberley and Marianne Wibberley, the film is the directorial debut of Hoyt Yeatman, whose earlier work includes contributions in the area of visual effects. It was released in the United States on July 24, 2009. G-Force was the first live-action Disney film to be produced in Disney Digital 3-D, not counting two concert films, Hannah Montana & Miley Cyrus: Best of Both Worlds Concert and Jonas Brothers: The 3D Concert Experience. The film was shown in competing 3-D technologies like Dolby 3D and RealD Cinema. G-Force is based on a story also by Hoyt Yeatman. 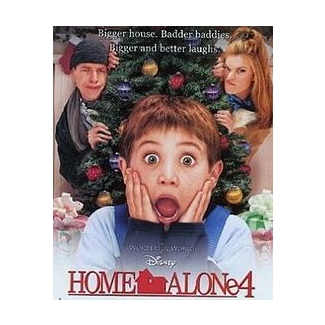 Home Alone 4 is a 2002 American made-for-television Christmas family comedy film directed by Rod Daniel, which first aired on ABC on November 3, 2002.It is the fourth installment in the Home Alone series. The film brings back several of the main characters from the first two films including Kevin McCallister, but with all of the roles played by different actors. It is also the only film in the series to be filmed outside the United States. Although set in Chicago, it was actually shot in South Africa. The plot revolves around Kevin McCallister trying to defend his future stepmother's house from his old nemesis Marv and his wife Vera. 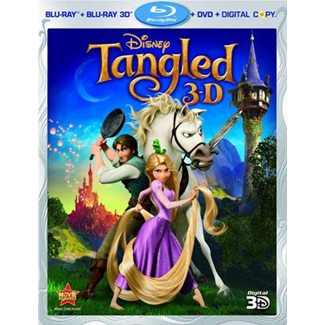 Tangled is a 2010 American computer animated musical fantasy-comedy film produced by Walt Disney Animation Studios and released by Walt Disney Pictures. Loosely based on the German fairy tale "Rapunzel" in the collection of folk tales published by the Brothers Grimm, it is the 50th animated feature in the Walt Disney Animated Classics series. Featuring the voices of Mandy Moore, Zachary Levi, and Donna Murphy, the film tells the story of a lost young princess with long magical hair who yearns to leave her secluded tower. Against her mother's wishes, she accepts the aid of a handsome intruder to take her out into the world which she has never seen.Before the film's release, its title was changed from Rapunzel to Tangled, reportedly to market the film as gender-neutral. Tangled spent six years in production at a cost that has been estimated at $260 million which, if accurate, would make it the most expensive animated film ever made and the fourth most expensive film of all time. 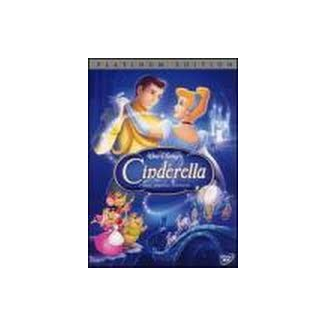 Cinderella is a 1950 American animated musical fantasy film produced by Walt Disney and released by RKO Radio Pictures. Based on the fairy tale "Cendrillon" by Charles Perrault, it is twelfth in the Walt Disney Animated Classics series, and was released on February 15, 1950. Directing credits go to Clyde Geronimi, Hamilton Luske and Wilfred Jackson. Songs were written by Mack David, Jerry Livingston, and Al Hoffman. Songs in the film include "A Dream Is a Wish Your Heart Makes", "Bibbidi-Bobbidi-Boo", "So This Is Love", "Sing Sweet Nightingale", "The Work Song", and "Cinderella".At the time, Walt Disney Productions had suffered from losing connections to the European film markets due the outbreak of World War II, suffering from embarrassing box office disasters like Pinocchio, Fantasia, and Bambi, all of which would later become more successful with several re-releases in theaters and on home video. The studio was over $4 million in debt and was on the verge of bankruptcy if one more slip-up were to occur.