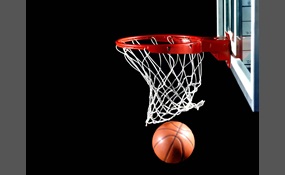 Which NBA Coach is better?

jakegenius says2014-06-17T23:30:46.4445777-05:00
Report Post
Pop coachs up players that would not be impact players elswhere. Danny Green was cut from NBA teams and was a d-league player. Patti Mills, Diaw, Leonard, all improved greatly with a little of Pops coaching. Jackson has been succesful managing talent

Ameliamk1 says2014-06-18T02:11:05.9693938-05:00
Report Post
The Spurs offense is unbelievable, just watch it...it's always flowing into P&R and pin downs and elevator plays. Not to mention plays coming out of time outs are genius. Pop takes a team of average players and makes them a championship team.
Vote & Comment
3

Patrick James "Pat" Riley is an American professional basketball executive, and a former coach and player in the National Basketball Association. He has been the team president of the Miami Heat since 1995, a position that enabled him to serve as th... eir de facto general manager and as their head coach in two separate tenures.Widely regarded as one of the greatest NBA coaches of all time, Riley has served as the head coach of five championship teams and an assistant coach to another. He was named NBA Coach of the Year three times. He was head coach of an NBA All-Star Game team nine times: eight times with the Western Conference team and once with the Eastern team. In 1996 he was named one of the 10 Greatest Coaches in the NBA history. As a player, he played for the Los Angeles Lakers' championship team in 1972. Riley most recently won the 2012 and 2013 NBA championships with the Miami Heat as their team president. He is the first North American sports figure to win a championship as a player, coach, and executive. He received the Chuck Daly Lifetime Achievement Award from the NBA Coaches Association on June 20, 2012   more
1 vote
0 comments
Pat Riley - Voter Comments
No Comments
Vote & Comment
4

Arnold Jacob "Red" Auerbach was an American basketball coach of the Washington Capitols, the Tri-Cities Blackhawks and the Boston Celtics. After he retired from coaching, he served as president and front office executive of the Celtics until his dea... th. As a coach, he won 938 games and nine National Basketball Association championships in ten years. As general manager and team president of the Celtics, he won an additional seven NBA titles, for a grand total of 16 in a span of 29 years, making him one of the most successful team officials in the history of North American professional sports.Auerbach is remembered as a pioneer of modern basketball, redefining basketball as a game dominated by team play and defense and for introducing the fast break as a potent offensive weapon. He groomed many players who went on to be inducted into the Basketball Hall of Fame. Additionally, Auerbach was vital in breaking down color barriers in the NBA. He made history by drafting the first African-American NBA player, Chuck Cooper in 1950, and introduced the first African-American starting five in 1964   more
1 vote
0 comments
Red Auerbach - Voter Comments
No Comments
Vote & Comment
No comments yet.
Leave a comment...
(Maximum 900 words)
Privacy Policy | Terms of Use
Sitemap | View Desktop Version
©2021 Debate.org. All rights reserved.