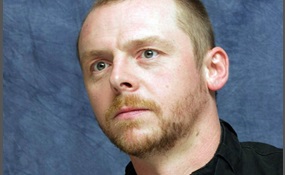 Which of Simon Pegg's movies is your favorite?

Shaun of the Dead

Shaun of the Dead is a 2004 British zombie comedy film directed by Edgar Wright and written by Wright and Simon Pegg, and starring Pegg and Nick Frost. Pegg plays Shaun, a man attempting to get some kind of focus in his life as he deals with his gir... lfriend, his mother and stepfather. At the same time, he has to cope with an apocalyptic uprising of zombies.The film was a critical and commercial success in the UK and the US. It received a 91% approval rating on Rotten Tomatoes and a score of 76 out of 100 at Metacritic. Shaun of the Dead was a BAFTA nominee. Pegg and Wright considered a sequel that would replace zombies with another monster, but decided against it as they were pleased with the first film as a stand-alone product, and thought too many characters died to continue the story.The film is the first in Wright and Pegg's Three Flavours Cornetto trilogy, followed by 2007's Hot Fuzz and 2013's The World's End   more
4 votes
0 comments
Shaun of the Dead - Voter Comments
No Comments
Vote & Comment
3

Hot Fuzz is a 2007 British action comedy film directed and co-written by Edgar Wright, and co-written and starring Simon Pegg alongside Nick Frost. The three and the film's producer Nira Park had previously worked together on the television series S... paced and the 2004 film Shaun of the Dead. The film follows two police officers attempting to solve a series of mysterious deaths in a small English village.Over a hundred action films were used as inspiration for developing the script, which Wright and Pegg worked on together. Filming took place over eleven weeks in early 2006, and featured an extensive cast along with various uncredited cameos. Visual effects were developed by ten artists to expand on or add explosive, gore, and gunfire scenes.Debuting on 14 February 2007 in the United Kingdom and 20 April in the United States, Hot Fuzz received wide acclaim with a 91% approval rating on Rotten Tomatoes and 81/100 from Metacritic. The total international box office gross reached $80,573,774 before its home media release. Shortly after the film's release, two different soundtracks were released in the UK and US.The film is the second in Wright and Pegg's Three Flavours Cornetto trilogy and was preceded by 2004's Shaun of the Dead and followed by 2013's The World's End; each of them featuring a different flavour of Cornetto ice cream   more
1 vote
0 comments
Hot Fuzz - Voter Comments
No Comments
Vote & Comment
Leave a comment...
(Maximum 900 words)