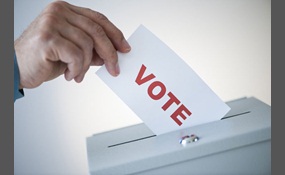 Which of the following political ideologies do you prefer?

Socialism is a social and economic system characterised by social ownership of the means of production and co-operative management of the economy, as well as a political theory and movement that aims at the establishment of such a system. "Social ow... nership" may refer to cooperative enterprises, common ownership, state ownership, citizen ownership of equity, or any combination of these. There are many varieties of socialism and there is no single definition encapsulating all of them. They differ in the type of social ownership they advocate, the degree to which they rely on markets or planning, how management is to be organised within productive institutions, and the role of the state in constructing socialism.A socialist economic system is based on the organisational precept of production for use, meaning the production of goods and services to directly satisfy economic demand and human needs where objects are valued based on their use-value or utility, as opposed to being structured upon the accumulation of capital and production for profit   more
6 votes
0 comments
Socialism - Voter Comments
No Comments
Vote & Comment
2
VOTING CLOSED

Libertarianism is a political philosophy that upholds liberty as its principal objective. Libertarians seek to maximize autonomy and freedom of choice, emphasizing political freedom, voluntary association and the primacy of individual judgment.Liber... tarians generally share a skepticism of authority; however, they diverge on the scope of their opposition to existing political and economic systems. Various schools of libertarian thought offer a range of views regarding the legitimate functions of state and private power, often calling to restrict or even to wholly dissolve pervasive social institutions. Rather than embodying a singular, rigid systematic theory or ideology, libertarianism has been applied as an umbrella term to a wide range of sometimes discordant political ideas through modern history.Although some present-day libertarians advocate laissez-faire capitalism and strong private property rights, such as in land, infrastructure and natural resources, others, notably libertarian socialists, seek to abolish capitalism and private ownership of the means of production in favor of their common or cooperative ownership and management   more
6 votes
1 comment
Libertarianism - Voter Comments

Liberalism is a political philosophy or worldview founded on ideas of liberty and equality. Liberals espouse a wide array of views depending on their understanding of these principles, but generally they support ideas such as free and fair elections... , civil rights, freedom of the press, freedom of religion, free trade, and private property.Liberalism first became a distinct political movement during the Age of Enlightenment, when it became popular among philosophers and economists in the Western world. Liberalism rejected the notions, common at the time, of hereditary privilege, state religion, absolute monarchy, and the Divine Right of Kings. The 17th-century philosopher John Locke is often credited with founding liberalism as a distinct philosophical tradition. Locke argued that each man has a natural right to life, liberty and property and according to the social contract, governments must not violate these rights. Liberals opposed traditional conservatism and sought to replace absolutism in government with representative democracy and the rule of law   more
4 votes
0 comments
Liberalism - Voter Comments
No Comments
Vote & Comment
4
VOTING CLOSED

Conservatism as a political and social philosophy promotes retaining traditional social institutions in the context of the culture and civilization. Some conservatives seek to preserve things as they are, emphasizing stability and continuity, while ... others, called reactionaries, oppose modernism and seek a return to "the way things were". The first established use of the term in a political context originated with François-René de Chateaubriand in 1818, during the period of Bourbon restoration that sought to roll back the policies of the French Revolution. The term, historically associated with right-wing politics, has since been used to describe a wide range of views. There is no single set of policies that are universally regarded as conservative, because the meaning of conservatism depends on what is considered traditional in a given place and time. Thus conservatives from different parts of the world—each upholding their respective traditions—may disagree on a wide range of issues   more
4 votes
0 comments
Conservatism - Voter Comments
No Comments
Vote & Comment
5
VOTING CLOSED

Communism is a socioeconomic system structured upon common ownership of the means of production and characterized by the absence of social classes, money, and the state; as well as a social, political and economic ideology and movement that aims to ... establish this social order. The movement to develop communism, in its Marxist–Leninist interpretations, significantly influenced the history of the 20th century, which saw intense rivalry between the states which claimed to follow this ideology and their enemies.Communism is most associated with Marxism, which considers itself the embodiment of scientific socialism. According to Marxism, capitalism is a historically necessary stage of society, which has led to the concentration of social classes into two major groups: proletariat - who must work to survive, and who make up a majority of society - and bourgeoisie - a minority who derive profit from employing the proletariat, through private ownership of the means of production. The political, social, and economic conflict between both groups, each attempting to push their interests to their logical extreme, will lead into the capture of political power by the proletariat   more
2 votes
1 comment
Communism - Voter Comments

Peachman2000 says2015-06-18T17:03:40.9009166-05:00
Report Post
I believe that the means of production should be given to the workers, and that we should abolish private property. This would serve to end class structure and help abolish the state.
Vote & Comment
6
VOTING CLOSED

Anarchism is a political philosophy that advocates stateless societies often defined as self-governed voluntary institutions, but that several authors have defined as more specific institutions based on non-hierarchical free associations. Anarchism ... holds the state to be undesirable, unnecessary, or harmful. While anti-statism is central, anarchism entails opposing authority or hierarchical organisation in the conduct of human relations, including, but not limited to, the state system.As a subtle and anti-dogmatic philosophy, anarchism draws on many currents of thought and strategy. Anarchism does not offer a fixed body of doctrine from a single particular world view, instead fluxing and flowing as a philosophy. There are many types and traditions of anarchism, not all of which are mutually exclusive. Anarchist schools of thought can differ fundamentally, supporting anything from extreme individualism to complete collectivism. Strains of anarchism have often been divided into the categories of social and individualist anarchism or similar dual classifications   more
0 votes
0 comments
Anarchism - Voter Comments
No Comments
Vote & Comment
7
VOTING CLOSED

Fascism is a form of radical authoritarian nationalism that came to prominence in early 20th-century Europe. Influenced by national syndicalism, fascism originated in Italy during World War I, combining more typically right-wing positions with eleme... nts of left-wing politics, in opposition to liberalism, Marxism, and traditional conservatism. Although fascism is often placed on the far-right within the traditional left–right spectrum, several academics have said that the description is inadequate.Fascists sought to unify their nation through an authoritarian state that promoted the mass mobilization of the national community and were characterized by having leadership that initiated a revolutionary political movement aiming to reorganize the nation along principles according to fascist ideology. Fascist movements shared certain common features, including the veneration of the state, a devotion to a strong leader, and an emphasis on ultranationalism and militarism. Fascism views political violence, war, and imperialism as a means to achieve national rejuvenation, and it asserts that stronger nations have the right to expand their territory by displacing weaker nations   more
0 votes
0 comments
Fascism - Voter Comments
No Comments
Vote & Comment
8
VOTING CLOSED

Nazism, or National Socialism in full, is the ideology and practice associated with the 20th-century German Nazi Party and state as well as other related far-right groups. It was also promoted in other European countries with large ethnic German com... munities, such as Czechoslovakia, Hungary, Romania and Yugoslavia. Usually characterised as a form of fascism that incorporates scientific racism and antisemitism, Nazism originally developed from the influences of pan-Germanism, the Völkisch German nationalist movement and the anti-communist Freikorps paramilitary culture in post-First World War Germany, which many Germans felt had been left humiliated by the Treaty of Versailles.German Nazism subscribed to theories of racial hierarchy and social Darwinism; the Germanic peoples—also referred to as the Nordic race—were considered to be the purest representation of Aryanism, and therefore the master race. Opposed to both capitalism and Marxism, Nazism aimed to overcome social divisions, with all parts of a racially homogeneous society cooperating for national unity and regeneration and to secure territorial enlargement at the expense of supposedly inferior neighbouring nations   more
0 votes
0 comments
Nazism - Voter Comments
No Comments
Vote & Comment
Leave a comment...
(Maximum 900 words)

Peachman2000 says2015-06-18T17:21:34.0277670-05:00
Report Post
Why is Karl Marx on the Socialism section? He is the author of "The Communist Manifesto", and considered the father of Communism. Leon Trotsky (who is the Communism section), is a controversial figure in the communist community and doesn't hold much weight.