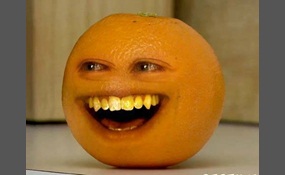 Which of These Is the Most annoying

Justin Drew Bieber is a Canadian singer-songwriter, dancer, and actor. Bieber's current manager, Scooter Braun first discovered him through his YouTube videos in 2007. Braun was impressed with the videos, and contacted Bieber's mother Pattie about w... anting to work with him. After convincing Bieber's mother, Braun arranged for Bieber to meet with Usher Raymond IV in Atlanta, Georgia. Bieber was signed to RBMG, and then to an Island Records recording contract offered by record executive, L.A. Reid.Bieber released his debut EP, My World, in November 2009. It was certified platinum in the United States. He became the first artist to have seven songs from a debut record to chart on the Billboard Hot 100. Bieber released his first full-length studio album, My World 2.0, in March 2010. It debuted at or near number one in several countries and was certified platinum in the United States. It was preceded by the single "Baby", which is also, as of July 2014, the YouTube video with the most dislikes   more
7 votes
2 comments
Justin Bieber - Voter Comments