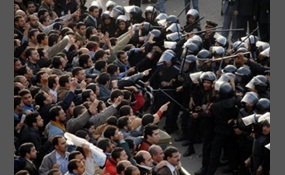 Which of These is the Most failed country

Somalia, officially the Federal Republic of Somalia, is a country located in the Horn of Africa. It is bordered by Ethiopia to the west, Djibouti to the northwest, the Gulf of Aden to the north, the Indian Ocean to the east, and Kenya to the southwe... st. Somalia has the longest coastline on the continent's mainland, and its terrain consists mainly of plateaus, plains and highlands. Climatically, hot conditions prevail year-round, with periodic monsoon winds and irregular rainfall.Somalia has a population of around 10 million. About 85% of residents are ethnic Somalis, who have historically inhabited the northern part of the country. Ethnic minorities make up the remainder and are largely concentrated in the southern regions. The official languages of Somalia are Somali and Arabic, both of which belong to the Afro-Asiatic family. Most people in the country are Muslim, with the majority being Sunni.In antiquity, Somalia was an important commercial centre, and is among the most probable locations of the fabled ancient Land of Punt   more
13 votes
3 comments
Somalia - Voter Comments

thehumanistpreacher says2014-08-01T16:39:40.2187392-05:00
Report Post
There are roughly 5 different factions at war and the war could go on for another decade before any real progress is made in reconciliation and rebuilding a shattered economy.
Vote & Comment
2

North Korea, officially the Democratic People's Republic of Korea, is a country in East Asia, in the northern part of the Korean Peninsula. The name Korea is derived from Goryeo, a dynasty which ruled in the Middle Ages. The capital and largest city...  is Pyongyang. North Korea shares a land border with China to the north and north-west, along the Amnok and Tumen rivers. A small section of the Tumen River also forms North Korea's short border with Russia to the northeast. The Korean Demilitarized Zone marks the boundary between North Korea and South Korea. The legitimacy of this border is not accepted by either side, as both states claim to be the legitimate government of the entire peninsula.Korea was governed by the Korean Empire from the late 19th century until it was annexed by the Empire of Japan in 1910. When Japan surrendered at the end of World War II in 1945, Korea was divided into two occupied zones, with the north occupied by the Soviet Union and the south by the United States. Negotiations on unification failed, and in 1948 two separate government were formed: the Democratic People's Republic of Korea in the north, and the Republic of Korea in the south   more
2 votes
0 comments
North Korea - Voter Comments
No Comments
Vote & Comment
3

The United States of America, commonly referred to as the United States, America, and sometimes the States, is a federal republic consisting of 50 states and a federal district. The 48 contiguous states and Washington, D.C., are in central North Ame... rica between Canada and Mexico. The state of Alaska is the northwestern part of North America and the state of Hawaii is an archipelago in the mid-Pacific. The country also has five populated and nine unpopulated territories in the Pacific and the Caribbean. At 3.71 million square miles and with around 318 million people, the United States is the world's third or fourth-largest country by total area and third-largest by population. It is one of the world's most ethnically diverse and multicultural nations, the product of large-scale immigration from many countries. The geography and climate of the United States is also extremely diverse, and it is home to a wide variety of wildlife.Paleo-Indians migrated from Eurasia to what is now the U.S. mainland around 15,000 years ago, with European colonization beginning in the 16th century. The United States emerged from 13 British colonies located along the Atlantic seaboard   more
2 votes
1 comment
United States of America - Voter Comments

Mexico, officially the United Mexican States, is a federal republic in North America. It is bordered on the north by the United States; on the south and west by the Pacific Ocean; on the southeast by Guatemala, Belize, and the Caribbean Sea; and on ... the east by the Gulf of Mexico. Covering almost two million square kilometres, Mexico is the fifth largest country in the Americas by total area and the 13th largest independent nation in the world. With an estimated population of over 113 million, it is the eleventh most populous and the most populous Spanish-speaking country in the world and the second most populous country in Latin America. Mexico is a federation comprising thirty-one states and a Federal District, the capital city.In pre-Columbian Mexico many cultures matured into advanced civilizations such as the Olmec, the Toltec, the Teotihuacan, the Zapotec, the Maya and the Aztec before first contact with Europeans. In 1521, the Spanish Empire conquered and colonized the territory from its base in Mexico-Tenochtitlan, which was administered as the Viceroyalty of New Spain   more
1 vote
0 comments
Mexico - Voter Comments
No Comments
Vote & Comment
5

Iraq, officially the Republic of Iraq, is a country in the Middle East that borders Turkey to the north, Iran to the east, Kuwait to the southeast, Saudi Arabia to the south, Jordan to the southwest, and Syria to the west. The capital, Baghdad, is i... n the center of the country. Around 97% of the country's 36,000,000 people are Muslims, mainly Shias, Sunnis, and ethnic Kurds.Iraq has a narrow section of coastline measuring 58 km on the northern Persian Gulf and its territory encompasses the Mesopotamian Alluvial Plain, the northwestern end of the Zagros mountain range, and the eastern part of the Syrian Desert. Two major rivers, the Tigris and Euphrates, run south through the center of Iraq and flow into the Shatt al-Arab near the Persian Gulf. Theses rivers provide Iraq with significant amounts of fertile land.The region between the Tigris and Euphrates rivers is often referred to as Mesopotamia and thought to be the birthplace of writing and the world's oldest civilizations. The area has been home to continuous successive civilizations since the 6th millennium BC   more
0 votes
0 comments
Iraq - Voter Comments
No Comments
Vote & Comment
6

Afghanistan, officially the Islamic Republic of Afghanistan, is a landlocked country located in Central Asia and South Asia. It has a population of around 31 million people, making it the 42nd most populous country in the world. It is bordered by Pa... kistan in the south and east; Iran in the west; Turkmenistan, Uzbekistan, and Tajikistan in the north; and China in the far northeast. Its territory covers 652,000 km², making it the 41st largest country in the world.Human habitation in Afghanistan dates back to the Middle Paleolithic Era, and the country's strategic location along the Silk Road connected it to the cultures of the Middle East, Central Asia, and South Asia. Through the ages the land has been home to various peoples and witnessed many military campaigns, notably by Alexander the Great, Arab Muslims, Genghis Khan, and in the modern-era by Western powers. The land also served as a source from which the Kushans, Hephthalites, Samanids, Ghaznavids, Ghorids, Mughals, Durranis, and others have risen to form major empires.The political history of the modern state of Afghanistan began with the Hotaki and Durrani dynasties in the 18th Century   more
0 votes
0 comments
Afghanistan - Voter Comments
No Comments
Vote & Comment
7

Syria, officially the Syrian Arab Republic, is a country in Western Asia, bordering Lebanon and the Mediterranean Sea to the west, Turkey to the north, Iraq to the east, Jordan to the south, and Israel to the southwest. Its capital Damascus is among...  the oldest continuously-inhabited cities in the world. A country of fertile plains, high mountains, and deserts, it is home to diverse ethnic and religious groups, including the majority Arab population which includes; Alawite, Druze, Sunni and Christian. Other ethnic groups include; Armenians, Assyrians, Kurds, Yezidi and Turks. Sunni Arabs make up the largest population group in Syria.In English, the name "Syria" was formerly synonymous with the Levant while the modern state encompasses the sites of several ancient kingdoms and empires, including the Eblan civilization of the third millennium BC. In the Islamic era, Damascus was the seat of the Umayyad Caliphate and a provincial capital of the Mamluk Sultanate in Egypt.The modern Syrian state was established after World War I as a French mandate, and represented the largest Arab state to emerge from the formerly Ottoman-ruled Arab Levant   more
0 votes
0 comments
Syria - Voter Comments
No Comments
Vote & Comment
No comments yet.
Leave a comment...
(Maximum 900 words)
Privacy Policy | Terms of Use
Sitemap | View Desktop Version
©2020 Debate.org. All rights reserved.