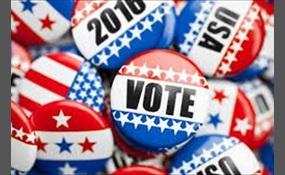 Which of these would win the 2016 Presidential Election?

Hillary Diane Rodham Clinton is a former United States Secretary of State, U.S. Senator, and First Lady of the United States. From 2009 to 2013, she was the 67th Secretary of State, serving under President Barack Obama. She previously represented Ne... w York in the U.S. Senate. Before that, as the wife of President Bill Clinton, she was First Lady from 1993 to 2001. In the 2008 election, Clinton was a leading candidate for the Democratic presidential nomination.A native of Illinois, Hillary Rodham was the first student commencement speaker at Wellesley College in 1969 and earned a J.D. From Yale Law School in 1973. After a brief stint as a Congressional legal counsel, she moved to Arkansas and married Bill Clinton in 1975. Rodham cofounded Arkansas Advocates for Children and Families in 1977. In 1978, she became the first female chair of the Legal Services Corporation, and in 1979, the first female partner at Rose Law Firm. The National Law Journal twice listed her as one of the hundred most influential lawyers in America. As First Lady of Arkansas from 1979 to 1981 and 1983 to 1992 with her husband as Governor, she led a task force that reformed Arkansas's education system   more
11 votes
3 comments
Hillary Rodham Clinton - Voter Comments

PericIes says2015-08-23T21:59:28.2406823Z
Report Post
Unfortunately, Hillary has the best chance. She has the unshakable sheep-like loyalty of people who feel that it is necessary to have a female president, regardless of how terrible the candidate in question would perform.

Donald John Trump, Sr. Is an American businessman, investor, television personality and author. He is the chairman and president of The Trump Organization and the founder of Trump Entertainment Resorts. Trump's extravagant lifestyle, outspoken manne... r, and role on the NBC reality show The Apprentice have made him a well-known celebrity who was No. 17 on the 2011 Forbes Celebrity 100 list.Considered one of the best known real estate entrepreneurs in the United States, Trump is the son of Fred Trump, a wealthy New York City real-estate developer. He worked for his father's firm, Elizabeth Trump & Son, while attending the Wharton School of the University of Pennsylvania, and in 1968 officially joined the company. He was given control of the company in 1971 and renamed it The Trump Organization. After his third bankruptcy in 2009, the property of Trump Entertainment Resorts was sold to various buyers.In 2010, Trump expressed an interest in becoming a candidate for President of the United States in the 2012 election, though in May 2011, he announced he would not be a candidate. Trump was a featured speaker at the 2013 Conservative Political Action Conference   more
6 votes
2 comments
Donald Trump - Voter Comments

Bernard "Bernie" Sanders is an American politician and the junior United States Senator from Vermont. Before serving in the Senate, he represented Vermont's at-large congressional district in the United States House of Representatives and served as ... mayor of Burlington, the largest city in Vermont. Sanders is a self-described democratic socialist, and has praised Scandinavian-style social democracy.Sanders runs for office as an independent but caucuses with the Democratic Party and is counted as a Democrat for purposes of committee assignments. He was the only independent member of the House during most of his service and is the longest-serving independent in U.S. Congressional history.In an interview with The Nation on March 6, 2014, Sanders stated that he is "prepared to run for President of the United States" in 2016   more
3 votes
2 comments
Bernie Sanders - Voter Comments

John Ellis "Jeb" Bush served as the 43rd Governor of Florida from 1999 to 2007. He is the second son of former President George H. W. Bush and former First Lady Barbara Bush, and is the younger brother of former President George W. Bush. Jeb Bush is...  the only Republican to serve two full four-year terms as Governor of Florida.Bush grew up in Houston, Texas. He attended the University of Texas, where he earned a degree in Latin American affairs. Following his father's successful run for Vice President in 1980, he moved to Florida. In 1986, Bush was named Florida's Secretary of Commerce, a position he held until resigning in 1988 to help his father's successful campaign for the Presidency.In 1994, Bush made his first run for office, narrowly losing the election for governor by less than two percentage points to the incumbent Lawton Chiles. Bush ran again in 1998 and beat Lieutenant Governor Buddy MacKay with 55 percent of the vote. He ran for reelection in 2002, and won with 56 percent, to become Florida's first two-term Republican Governor   more
1 vote
0 comments
Jeb Bush - Voter Comments
No Comments
Vote & Comment
Leave a comment...
(Maximum 900 words)

tommytom says2015-08-24T01:01:47.9646974Z
Report Post
Bernie's age is irrelevant, and this fear that he'll die in office is just non-sense. Even if he does, which is super unlikely, his goal is to start a grassroots progressive movement, not to just elect him to office. It would not be the end of the world, as long as this movement is born before he would die. Furthermore, to the people saying he is unelectable and then reiterate they "like Bernie", please. He's electable if you and the hundreds of thousands of others who say that vote for him.
Privacy Policy | Terms of Use
Sitemap | View Desktop Version
©2021 Debate.org. All rights reserved.