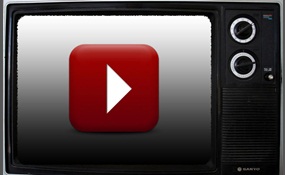 Felix Arvid Ulf Kjellberg, better known by his online alias PewDiePie is a Swedish video game commentator on YouTube. PewDiePie specializes in Let's Play videos of the horror and action video game genres. His channel is one of the fastest growing Yo... uTube channels, and as of November 2013 has over 15 million subscribers. In August 2013 his channel became the most subscribed channel on YouTube   more
4 votes
2 comments
PewDiePie - Voter Comments

Rooster Teeth Productions, LLC. Is a production studio and multi-channel network located in Austin, Texas, United States that specializes in the creation of live action shorts, animated pieces and machinima, or films created using real-time, interac... tive engines from computer and video games. The name Rooster Teeth is a euphemism for Cockbite, an insult used in one of the group's trailers. Burnie Burns created voice-over-enhanced gameplay videos of Bungie Studios' popular first-person shooter video game Halo: Combat Evolved. Eventually, these videos led to the creation of Red vs. Blue, an award-winning comedic science-fiction series that premiered on April 1, 2003 and still in production; Season 11 premiered on June 14, 2013. The production team also focuses on projects such as live-action shorts, comedy game play with the branch Achievement Hunter, and full animated productions such as RWBY and Nature Town! As of January 2014, Rooster Teeth's YouTube channel has more than 6 million subscribers and 2.6 billion video views; the company also created the GameFails and LetsPlay channels. They have also added TheSlowMoGuys, a channel created by Rooster Teeth employee, Gavin Free, to their company   more
2 votes
1 comment
Rooster Teeth - Voter Comments

Epic Meal Time is a Canadian YouTube cooking show known for creating extremely high-calorie meals, generally out of meat products and including alcohol. It debuted in October 2010, and since then has started to release an episode every Tuesday. It i... s hosted by Harley Morenstein and a group of his friends. They are now represented by The Gersh Agency and Brillstein-Grey Entertainment, and have signed with Internet television network Revision3. Epic Meal Time won the 2011 Shorty Award in the Food Category. The series began in Montreal, Quebec, the group's place of origin, but recently, episodes have been filmed in California, where several guest stars, such as Tony Hawk and Smosh, made appearances. In December 2012, Epic Meal Time spawned a spin-off series titled Epic Chef, inspired by the Food Network series Chopped. In this series, two chefs battle the 45-minute clock to create a meal using three secret ingredients mixed with a briefcase full of bacon and the featured alcoholic drink of the day   more
2 votes
1 comment
Epic Meal Time - Voter Comments

Robby Novak, better known by the nickname Kid President, is an American comedian, motivational speaker, TED speaker, and a YouTube sensation, interviewing US President Barack Obama, Beyoncé, Andrew WK, Pen Ward, Rainn Wilson, Ban Ki-Moon, and others... . He obtained an interview with Josh Groban after an ambitious Twitter campaign, where he had his followers petition Josh. He has made a series of viral inspirational videos over the last few months, on a mission to "Make the world less boring," including one which by the end of January 2013 had over 4 million views on YouTube. He makes videos weekly, in collaboration with Soul Pancake. He has several catchphrases and recurring jokes, including screaming, "Not cool, Robert Frost!", and asking "What will be your Space Jam?". Kid President calls himself "the voice of a generation." On February 21, 2013, Kid President posted a video in which President Obama called Kid President to promote the 2013 White House Easter Egg Roll   more
2 votes
1 comment
Kid President - Voter Comments

The Slow Mo Guys is a web-based series created by Gavin Free and starring Free and Daniel Gruchy. The series consists of many different things filmed in extreme slow motion using a range of Vision Research Phantom high-speed cameras, capable of shoo... ting over 10,000 frames per second. The series premiered 3 November 2010. As of January 2014, their YouTube channel has over 3 million subscribers and over 310 million views   more
1 vote
0 comments
The Slow Mo Guys - Voter Comments
No Comments
Vote & Comment
12