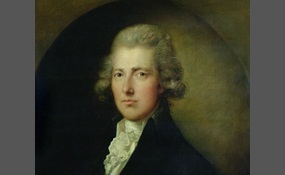 Which old British party would you vote for?

The Whigs were a political faction and then a political party in the parliaments of England, Scotland, Great Britain and the United Kingdom. Between the 1680s and 1850s, they contested power with their rivals, the Tories. The Whigs' origin lay in co... nstitutional monarchism and opposition to absolute rule. The Whigs played a central role in the Glorious Revolution of 1688, and were the standing enemies of the Stuart kings and pretenders, who were Roman Catholic. The Whigs took full control of the government in 1715, and remained totally dominant until King George III, coming to the throne in 1760, allowed Tories back in. The "Whig Supremacy" was enabled by the Hanoverian succession of George I in 1714 and the failed Jacobite rising of 1715 by Tory rebels. The Whigs thoroughly purged the Tories from all major positions in government, the army, the Church of England, the legal profession and local officials. The leader of the Whigs was Robert Walpole, who maintained control of the government in the period 1721–1742; his protégé was Henry Pelham   more
3 votes
0 comments
Whigs - Voter Comments
No Comments
Vote & Comment
2

The Tories were members of two political parties which existed, sequentially, in the Kingdom of England, the Kingdom of Great Britain and later the United Kingdom of Great Britain and Ireland from the 17th to the early 19th centuries.The first Torie... s emerged in 1678 in England, when they opposed the Whig-supported Exclusion Bill which set out to disinherit the heir presumptive James, Duke of York. This party ceased to exist as an organised political entity in the early 1760s, although it was used as a term of self-description by some political writers. A few decades later, a new Tory party would rise to establish a hold on government between 1783 and 1830, with William Pitt the Younger followed by Robert Jenkinson, 2nd Earl of Liverpool.The Earl of Liverpool was succeeded by fellow Tory Arthur Wellesley, 1st Duke of Wellington, whose term included the Catholic Emancipation, which occurred mostly due to the election of Daniel O'Connell as a Catholic MP from Ireland. When the Whigs subsequently regained control, the Representation of the People Act 1832 removed the rotten boroughs, many of which were controlled by Tories   more
0 votes
0 comments
Tories - Voter Comments
No Comments
Vote & Comment
No comments yet.
Leave a comment...
(Maximum 900 words)
Privacy Policy | Terms of Use
Sitemap | View Desktop Version
©2020 Debate.org. All rights reserved.