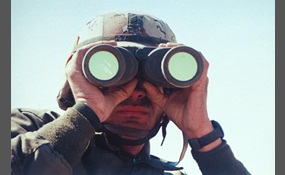 Which possible conflict has you most worried?

GUAM is a collective association of nations who all share one thing in common. They have been invaded and occupied by Russia (Or Armenians backed by Russia), and still are today. The acronym stands for Georgia, Ukraine, Azerbaijan, and Moldova. Each...  nation is in a cold war type conflict with Russia. Georgian troops often clash with Russian agents in the breakaway republics of Osettia and Abkhazia (Which also have Russian troops). Ukraine forces have captured 60 Russian agents in east Ukraine and Crimea. Azerbaijan is in a war with Armenia, who is backed by Russian troops, claiming that Armenia has right over some of Azerbaijans land. Finally, Moldova, which is fighting the breakaway republic of Transinistria, a communist dictatorship with 2000 Russian troops inside   more
7 votes
0 comments
Russian Federation vs GUAM - Voter Comments
No Comments
Vote & Comment
2

Seriously tense conflict dating back 70 years, with a troubling partition of India. The Republic of India claims that it has rights over kashmir, due to a treaty signed with a prince (Who the UN has stated was coerced), Pakistan claims rights over K... ashmir, as the population is Islam, and India has committed near 50 crimes against humanities to the populace their. 3 million have fled to Pakistan due to killings committed by Indian police, who people claim are being ordered toby corrupt politicians. Whomever is in the right here, it doesn't really matter. The UN has refused to draw up an official border, instead making a ceasefire line   more
5 votes
0 comments
Republic of India vs Islamic Republic of Pakistan - Voter Comments
No Comments
Vote & Comment
3

Seriously ill secession war, with both parties supporting a one korea policy. Made even more tense by the introduction of nukes and constant missile strikes in each countries coast lines. NK is aided by China and Russia, while SK is aided by US and ... other possible allies   more
5 votes
2 comments
Democratic People's Republic of Korea vs Republic of Korea - Voter Comments

Blade-of-Truth says2014-06-20T17:31:00.2936857-05:00
Report Post
This has the most potential to turn into a global nuclear war. While there are other conflicts listed that have more unpredictable and violent leaders, N. Korea is not a nation to be trusted. Idk why China keeps them afloat, but as long as they do, America faces a major obstacle should N. Korea ever carry out an invasion against S. Korea. The Russian/GUAM issue is a regional issue at best. UNLESS Russia nuked them, I don't see a global war erupting from the situation. Nor are there other conflicts presented that really match in terms of potential global-spanning repercussions. I'm just thinking in terms of the big picture, but can see why someone emotionally invested in a region included in this poll would vote otherwise. Also keep in mind Jifpop, most people vote on these based on the exposure and knowledge they have on these situations. The one you voted for, for instance, hasn't had as much spotlight as some of the other conflicts you've included.
Vote & Comment
4

State of Eritrea vs Federal Democratic Republic of Ethiopia

The UN has stated it is most worried about a possible war between Eritrea and Ethiopia. Eritrea is ran by a brutal dictator who hasn't held one election in 20 years, and constantly tortures and executes dissidents or just random citizens, Eritrea ha... s death squads that roam the streets after curfew purging people. Ethiopia uses this as justification to their claim on Eritrea, as they were united before and after Italy came. Both sides have a total war policy, and following Eritrea law, everybody will be conscripted in the event of war. Constant advances are made through asawa and dijbouti around UN forces in an attempt to push their cold advances   more
2 votes
1 comment
State of Eritrea vs Federal Democratic Republic of Ethiopia - Voter Comments

This is also one of the most volatile conflicts. Both sides have claim on each other's countries, and have 1000's of missile bases that are designed to take out each others cities. China would obviously win in a invasion, but Taiwan has a security s... ystem that will counter strike almost every major military or urban center in China all the way up to Mongolia. China said it will use military force if it has to, and any nation who shows open support to Taiwan will face serious "repercussions", and then implied wa   more
2 votes
1 comment
People's Republic of China vs Republic of China (Taiwan) - Voter Comments

HGFLYER says2014-06-21T01:49:58.2875539-05:00
Report Post
A lot of your conflicts worry me but China is a growing threat to world peace. The Russian situation is scary as well and with china and Russia becoming bed buddies the world might be changing for the worse. Taiwan is a sworn ally of the USA so if conflict begins between china / Taiwan it could easily escalate into global conflict. Thus my vote.
Vote & Comment
6

China has two claims on India soil, which led it to make alliances with Bhutan, Nepal, and Pakistan for territory in Kashmir and the Himilaya's. This situation has also led to two wars in the past couple decades.
1 vote
0 comments
People's Republic of China vs Republic of India - Voter Comments
No Comments
Vote & Comment
Leave a comment...
(Maximum 900 words)

ChosenWolff says2014-06-20T22:24:10.8973750-05:00
Report Post
DPRK isn't communist. They're fascist. Ever heard of Juche? Hardcore fascist philosophy, not to mention they purged every word relating to socialism and communism from their constitution.
Privacy Policy | Terms of Use
Sitemap | View Desktop Version
©2021 Debate.org. All rights reserved.