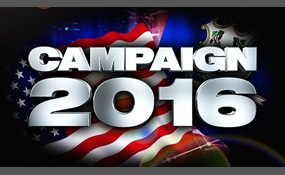 Which presidential candidate do you support for 2016 so far?

An interesting choice, especially for those who support socialism
4 votes
1 comment
Bernie Sanders (I) - Voter Comments

discomfiting says2014-07-25T07:06:14.9795458-05:00
Report Post
I'm stuck between Sanders & Warren. Both are phenomenally amazing choices but 1.) Warren hasn't done a lot due to her short time in politics (four years so far) but what she done has been truly remarkable and really fast. 2.) Bernie has pro-transparency for government; that's important to me but I can't tell if Warren feels the same way-- it's not like I can look at her voting record for the last decade. 3.) Bernie Sanders is liberal but he doesn't focus on liberalism, he focuses on economics & progressive ideologies but elizabeth warren tends to be even more progressive economically (i.e minimum wage). Elizabeth because I feel like we need a president that has lived as a commoner living on minimum wage and busting their a$$ so barely get by with medical bills and debt. I love the way she strikes fear into big businesses, it shows me that she can be the one to tame them.
Vote & Comment
6

While he keeps denying he will run in 2016 some media and supposed insiders say he may actually run. The possibility is apparently still there.
0 votes
0 comments
Mitt Romney (R) - Voter Comments
No Comments
Vote & Comment
12

The_Immortal_Emris says2014-07-25T09:13:12.9016965-05:00
Report Post
Well, the Bush family are a bunch of warmongering, corrupt, and ignorant fools. The Clintons are calculating, war-wary, oligarchs who are highly intelligent. It's like comparing a very stupid version of Stalin with a very clever version of Putin. Both such, but I'd rather have the one that didn't commit genocide. If I had my druthers, Clinton wouldn't get the nod, but I'll vote for her before anyone the GOP can wrangle up at this stage. The GOP needs to lose in 2016. If they do, they will actually be forced to reorganize and stop being so radical. A democratic victory is essential in 2016 for both true conservative Republicans AND Democrats. 4 years of Hillary would show the nation that Democrats operate the same economic principals as the GOP, but they lack the overt xenophobia. The GOP would then reevaluate their policies and in 2020, they would offer a true populist position, and they would win, and rightfully so. But only if they are willing to hang the establishment and get new blood.

AdamKG says2014-07-25T16:27:47.2363989-05:00
Report Post
Democracy can't truly work unless if everybody votes. If you don't vote you don't have the right to complain later. @The_Immortal_Emris I am not too familiar with Gillibrand, but I know she is often considered a progressive in the Senate. She was more of a centrist when she was in the House, but suddenly became more left-wing after entering the Senate.

The_Immortal_Emris says2014-08-04T10:49:55.7586120-05:00
Report Post
Hillary's book is very dry. It's not surprising people who aren't dedicated to examining the nuances of global relations would not take well to it.
Privacy Policy | Terms of Use
Sitemap | View Desktop Version
©2020 Debate.org. All rights reserved.