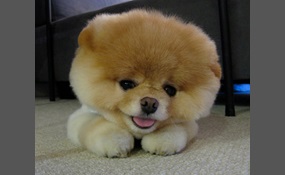 Which puppy is the cutest? 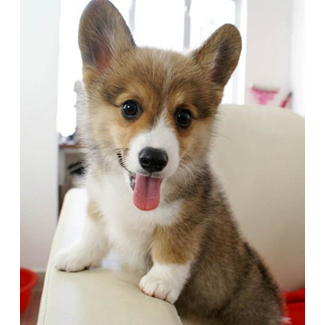 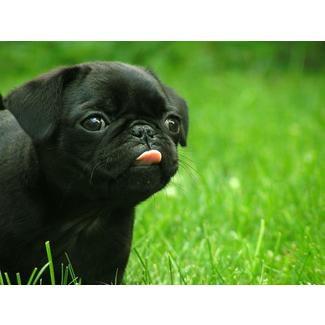 The pug is a toy dog with a wrinkly, short-muzzled face and curled tail. The breed has a fine, glossy coat that comes in a variety of colors, although often black or fawn, and a compact square body with well-developed muscles. Known in ancient China as lo-sze, pugs as breeding animals may have contributed to the English Bulldog, the modern Pekingese and the King Charles Spaniel. Pugs were brought from China to Europe in the seventeenth century and were popularized in Western Europe by the House of Orange of the Netherlands, and the House of Stuart. Pugs remain popular into the twenty-first century, with some famous celebrity owners. A pug was judged Best in Show at the World Dog Show in 2004.Pugs can suffer from a variety of health issues, including overheating, obesity and some genetic disorders. Two conditions in particular, necrotizing meningoencephalitis, which is an inflammation affecting the brain and its membranes, and hemivertebrae, which can result in paralysis, are particular concerns for the breed. Care must be taken to clean the ears and the facial skin folds of these dogs. 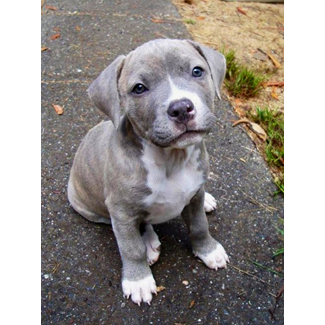 The American Pit Bull Terrier is a medium-sized, solidly built, short haired dog whose early ancestors came from England and Ireland. It is a member of the molosser breed group. The American Staffordshire Terrier and The American Pit Bull Terrier by breed are from the same lineage; Staffordshires was the name given by AKC, and American Pit Bull Terriers by UKC. The real difference between the two breeds is 6–8" in height and 25–35 lb in weight. The American Staffordshire being the larger of the two.The dog was bred first to bait bulls and bears. When bear-baiting and bull-baiting were deemed inhumane, rat-baiting and dog fighting became more popular. The APBT Breed was used in both sports, and its prevalence in being put in pits with rats, or other dogs led to "pit" being added to its name.The American Pit Bull is medium-sized, and has a short coat and smooth well-defined muscle structure. Its eyes are round to almond shaped, and its ears are small to medium in length and can be natural or cropped. The tail is slightly thick and tapers to a point. The coat is glossy, smooth, short, and stiff to the touch. The accepted coat color can vary widely, but, both the AKC and UKC do not recognize merle coloring. 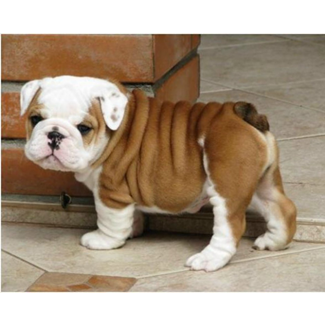 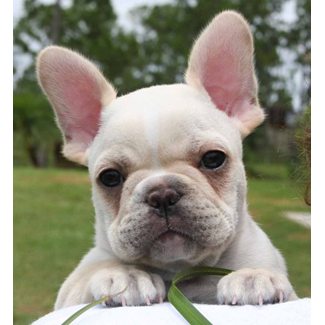 The French Bulldog is a small breed of domestic dog. "Frenchies" were bred in the 1800s by lace makers first in England then in France when displaced by the Industrial Revolution. The French Bulldog is a combination of the Old English Bulldog, Pug and an unknown terrier.Frenchies are playful and affectionate. Their loyal, loving nature makes them a wonderful companion dog. French Bulldogs are an intelligent breed, however their willful, stubborn nature can make them more challenging to train. They require patience, repetition and early socialization.