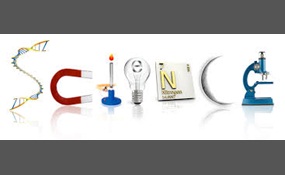 Which section of science is the best one?

Physics is the natural science that involves the study of matter and its motion through space and time, along with related concepts such as energy and force. More broadly, it is the general analysis of nature, conducted in order to understand how th... e universe behaves.Physics is one of the oldest academic disciplines, perhaps the oldest through its inclusion of astronomy. Over the last two millennia, physics was a part of natural philosophy along with chemistry, certain branches of mathematics, and biology, but during the Scientific Revolution in the 17th century, the natural sciences emerged as unique research programs in their own right. Physics intersects with many interdisciplinary areas of research, such as biophysics and quantum chemistry, and the boundaries of physics are not rigidly defined. New ideas in physics often explain the fundamental mechanisms of other sciences while opening new avenues of research in areas such as mathematics and philosophy.Physics also makes significant contributions through advances in new technologies that arise from theoretical breakthroughs   more
6 votes
3 comments
Physics - Voter Comments

Chemistry is a branch of physical science that studies the composition, structure, properties and change of matter. Chemistry is chiefly concerned with atoms and molecules and their interactions and transformations, for example, the properties of th... e chemical bonds formed between atoms to create chemical compounds. As such, chemistry studies the involvement of electrons and various forms of energy in photochemical reactions, oxidation-reduction reactions, changes in phases of matter, and separation of mixtures. Preparation and properties of complex substances, such as alloys, polymers, biological molecules, and pharmaceutical agents are considered in specialized fields of chemistry.Chemistry is sometimes called the central science because it bridges other natural sciences like physics, geology and biology. Chemistry is a branch of physical science but distinct from physics.The etymology of the word chemistry has been much disputed. The history of chemistry can be traced to certain practices, known as alchemy, which had been practiced for several millennia in various parts of the world   more
5 votes
0 comments
Chemistry - Voter Comments
No Comments
Vote & Comment
3

Psychology is an academic and applied discipline that involves the scientific study of mental functions and behaviors. Psychology has the immediate goal of understanding individuals and groups by both establishing general principles and researching ... specific cases, and by many accounts it ultimately aims to benefit society. In this field, a professional practitioner or researcher is called a psychologist and can be classified as a social, behavioral, or cognitive scientist. Psychologists attempt to understand the role of mental functions in individual and social behavior, while also exploring the physiological and biological processes that underlie cognitive functions and behaviors.Psychologists explore concepts such as perception, cognition, attention, emotion, intelligence, phenomenology, motivation, brain functioning, personality, behavior, and interpersonal relationships, including psychological resilience, family resilience, and other areas. Psychologists of diverse orientations also consider the unconscious mind. Psychologists employ empirical methods to infer causal and correlational relationships between psychosocial variables   more
4 votes
0 comments
Psychology - Voter Comments
No Comments
Vote & Comment
4

Biology is a natural science concerned with the study of life and living organisms, including their structure, function, growth, evolution, distribution, and taxonomy. Modern biology is a vast and eclectic field, composed of many branches and subdis... ciplines. However, despite the broad scope of biology, there are certain general and unifying concepts within it that govern all study and research, consolidating it into single, coherent fields. In general, biology recognizes the cell as the basic unit of life, genes as the basic unit of heredity, and evolution as the engine that propels the synthesis and creation of new species. It is also understood today that all organisms survive by consuming and transforming energy and by regulating their internal environment to maintain a stable and vital condition   more
3 votes
0 comments
Biology - Voter Comments
No Comments
Vote & Comment
5

Neurology is a branch of medicine dealing with disorders of the nervous system. Neurology deals with the diagnosis and treatment of all categories of conditions and disease involving the central and peripheral nervous system; including their coverin... gs, blood vessels, and all effector tissue, such as muscle.A neurologist is a physician specializing in neurology and trained to investigate, or diagnose and treat neurological disorders. Neurologists may also be involved in clinical research, and clinical trials, as well as basic research and translational research. While neurology is a non-surgical specialty, its corresponding surgical specialty is neurosurgery. Neurology, being a branch of medicine, differs from neuroscience, which is the scientific study of the nervous system in all of its aspects   more
1 vote
0 comments
Neurology - Voter Comments
No Comments
Vote & Comment
6

Engineering is the application of scientific, economic, social, and practical knowledge in order to invent, design, build, maintain, and improve structures, machines, devices, systems, materials and processes.The discipline of engineering is extreme... ly broad, and encompasses a range of more specialized fields of engineering, each with a more specific emphasis on particular areas of applied science, technology and types of application   more
1 vote
0 comments
Engineering - Voter Comments
No Comments
Vote & Comment
Leave a comment...
(Maximum 900 words)