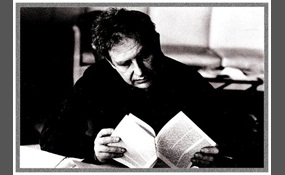 Which stage of moral development do you think most applies to you?

Stage 2, all of you. Kohlberg said that he had a hard time finding empirical evidence for the sixth stage, so if most people start voting for it there's something wrong here.

In Stage six (universal ethical principles driven), moral reasoning is based on abstract reasoning using universal ethical principles. Laws are valid only insofar as they are grounded in justice, and a commitment to justice carries with it an obliga... tion to disobey unjust laws. Legal rights are unnecessary, as social contracts are not essential for deontic moral action. Decisions are not reached hypothetically in a conditional way but rather categorically in an absolute way, as in the philosophy of Immanuel Kant. This involves an individual imagining what they would do in another’s shoes, if they believed what that other person imagines to be true. The resulting consensus is the action taken. In this way action is never a means but always an end in itself; the individual acts because it is right, and not because it avoids punishment, is in their best interest, expected, legal, or previously agreed upon. Although Kohlberg insisted that stage six exists, he found it difficult to identify individuals who consistently operated at that level   more
5 votes
1 comment
Universal Principles (Stage 6) - Voter Comments

Donderpants says2015-07-25T07:09:02.6270048-05:00
Report Post
I frequently imagine someone else's perspective. The weirdest thing is how little attention to you they're probably actually paying. But everyone being equal, seeing their motivation, sounds pretty good to me. And in NZ, we're pretty darn close to it.
Vote & Comment
2

In Stage five (social contract driven), the world is viewed as holding different opinions, rights and values. Such perspectives should be mutually respected as unique to each person or community. Laws are regarded as social contracts rather than rig... id edicts. Those that do not promote the general welfare should be changed when necessary to meet “the greatest good for the greatest number of people." This is achieved through majority decision and inevitable compromise. Democratic government is ostensibly based on stage five reasoning   more
3 votes
0 comments
Social Contract and Individual Rights (Stage 5) - Voter Comments
No Comments
Vote & Comment
3

In Stage four (authority and social order obedience driven), it is important to obey laws, dictums and social conventions because of their importance in maintaining a functioning society. Moral reasoning in stage four is thus beyond the need for ind... ividual approval exhibited in stage three. A central ideal or ideals often prescribe what is right and wrong. If one person violates a law, perhaps everyone would — thus there is an obligation and a duty to uphold laws and rules. When someone does violate a law, it is morally wrong; culpability is thus a significant factor in this stage as it separates the bad domains from the good ones. Most active members of society remain at stage four, where morality is still predominantly dictated by an outside force   more
2 votes
0 comments
Maintaining Social Order (Stage 4) - Voter Comments
No Comments
Vote & Comment
4

In Stage one (obedience and punishment driven), individuals focus on the direct consequences of their actions on themselves. For example, an action is perceived as morally wrong because the perpetrator is punished. "The last time I did that I got sp... anked so I will not do it again." The worse the punishment for the act is, the more "bad" the act is perceived to be. This can give rise to an inference that even innocent victims are guilty in proportion to their suffering. It is "egocentric," lacking recognition that others' points of view are different from one's own   more
0 votes
0 comments
Obedience and Punishment (Stage 1) - Voter Comments
No Comments
Vote & Comment
5

Stage two (self-interest driven) expresses the "what's in it for me" position, in which right behavior is defined by whatever the individual believes to be in their best interest but understood in a narrow way which does not consider one's reputatio... n or relationships to groups of people. Stage two reasoning shows a limited interest in the needs of others, but only to a point where it might further the individual's own interests. As a result, concern for others is not based on loyalty or intrinsic respect, but rather a "You scratch my back, and I'll scratch yours." mentality   more
0 votes
0 comments
Individualism and Exchange (Stage 2) - Voter Comments
No Comments
Vote & Comment
6

In Stage three (good intentions as determined by social consensus), the self enters society by conforming to social standards. Individuals are receptive to approval or disapproval from others as it reflects society's views. They try to be a "good bo... y" or "good girl" to live up to these expectations, having learned that being regarded as good benefits the self. Stage three reasoning may judge the morality of an action by evaluating its consequences in terms of a person's relationships, which now begin to include things like respect, gratitude and the "golden rule". "I want to be liked and thought well of; apparently, not being naughty makes people like me." Conforming to the rules for one's social role is not yet fully understood. The intentions of actors play a more significant role in reasoning at this stage; one may feel more forgiving if one thinks, "they mean well ...   more
0 votes
0 comments
Interpersonal Relationships (Stage 3) - Voter Comments
No Comments
Vote & Comment
Leave a comment...
(Maximum 900 words)

Donderpants says2015-07-25T07:17:19.7374431-05:00
Report Post
PetersSmith, I disagree entirely with your description. The actual option says he had difficulty finding people who consistently reached Stage 6- not that it was impossible to find some who reached Stage 6 sometimes. I bet he never visited NZ, or any of the other places which promote equality and justice as the important thing (NZ is considered to have the single least corrupt government in the world.) and he died before much of what we consider moral progress.
Privacy Policy | Terms of Use
Sitemap | View Desktop Version
©2020 Debate.org. All rights reserved.