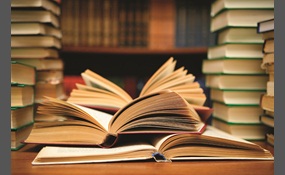 Which story do you think is better?

Go to Wattpad.Com and read Into The Mind, by The_Blank_Pages, and Souls in the Ashes, by QuillsAndInk and let me know which you think is better.

I think they are equal.

2 votes
0 comments
I think they are equal. - Voter Comments
No Comments
Vote & Comment
2

I think Squad Broken outstrips them both.

Squad Broken is the best story ever.
0 votes
0 comments
I think Squad Broken outstrips them both. - Voter Comments
No Comments
Vote & Comment
3

South Dakota is a state located in the Midwestern region of the United States. It is named after the Lakota and Dakota Sioux Native American tribes. South Dakota is the 17th most extensive, but the 5th least populous and the 5th least densely popula... ted of the 50 United States. Once the southern portion of the Dakota Territory, South Dakota became a state on November 2, 1889, simultaneously with North Dakota. Pierre is the state capital and Sioux Falls, with a population of about 159,000, is South Dakota's largest city.South Dakota is bordered by the states of North Dakota, Minnesota, Iowa, Nebraska, Wyoming, and Montana. The state is bisected by the Missouri River, dividing South Dakota into two geographically and socially distinct halves, known to residents as "East River" and "West River". Eastern South Dakota is home to most of the state's population, and fertile soil in this area is used to grow a variety of crops. West of the Missouri, ranching is the predominant agricultural activity, and the economy is more dependent on tourism and defense spending. The Black Hills, a group of low pine-covered mountains sacred to the Sioux, are located in the southwest part of the state   more
0 votes
0 comments
Personally I like Patterson better. - Voter Comments
No Comments
Vote & Comment
No comments yet.
Leave a comment...
(Maximum 900 words)
Privacy Policy | Terms of Use
Sitemap | View Desktop Version
©2020 Debate.org. All rights reserved.