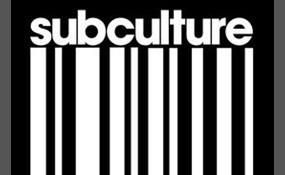 Which Sub-Culture Fits You The Most?

In the European tradition, casual is the dress code that emphasizes comfort and personal expression over presentation and uniformity. It includes a very wide variety of costume, so it is perhaps better defined by what it is not than what it is. The ... following are not considered casual wear:Ceremonial dress such as royal robes and full dress military costumeFormal wear such as white tie.Semi-formal such as black tie.Business professional wear such as suits and ties.However, although it can be considered "informal" in the senses of "not formal" or "suited for everyday use," informal attire actually refers to a dress code much more formal than casual wear, a step below Semi-formal wear.Blue jeans and a T-shirt have been described as the "casual uniform". With the popularity of spectator sports in the late 20th century, a good deal of athletic gear has influenced casual wear. Clothing worn for manual labor also falls into casual wear.While utilitarian costume comes to mind first for casual dress, however, there is also a wide range of flamboyance and theatricality. Punk costume is a striking example. Madonna introduced a great deal of lace, jewelry, and cosmetics into casual wear during the 1980s. More recently, hip hop fashion has played up elaborate jewelry and luxurious materials worn in conjunction with athletic gear and the clothing of manual labor   more
7 votes
0 comments
Casual - Voter Comments
No Comments
Vote & Comment
2
VOTING CLOSED

Fashionista is a person who loves to dress up for an occasion or just simply to look swell. This group contains people of all ages but is generally secluded to Urban Areas.
4 votes
2 comments
Fashionista - Voter Comments

NoEffort is a style that contains of people of all ages in all areas of the country. This is a sub-culture of people that dress for comfort or simply don't care.
2 votes
1 comment
NoEffort - Voter Comments

Yehonathan says2014-07-23T15:15:23.7080821-05:00
Report Post
I generally just wear jeans and a boring, solid-colored t-shirt. I like dressing up on special occasions though. I don't really have much of a sense of style, I guess. This is just clothes, though. I really care about my grades, and am at the top of my class all the time, so I guess this subculture isn't a perfect fit. I do think it's quite odd that clothing and music seem to be the main definers of these subcultures.
Vote & Comment
4
VOTING CLOSED

Hipster is a term popularly used to denote an international subculture primarily consisting of white millennials living in urban areas. The subculture has been described as a "mutating, trans-Atlantic melting pot of styles, tastes and behavior[s]" a... nd is broadly associated with indie and alternative music, a varied non-mainstream fashion sensibility, generally third party independent political views, organic and artisanal foods, and alternative lifestyles. Hipsters are typically described as affluent or middle class young Bohemians who reside in gentrifying neighborhoods.The term in its current usage first appeared in the 1990s and became particularly prominent in the 2010s, being derived from the term used to describe earlier movements in the 1940s. Members of the subculture do not self-identify as hipsters, and the word hipster is often used as a pejorative to describe someone who is pretentious, overly trendy or effete. Some analysts contend that the notion of the contemporary hipster is actually a myth created by marketing   more
1 vote
0 comments
Hipster - Voter Comments
No Comments
Vote & Comment
5
VOTING CLOSED

Emo is a style of rock music characterized by melodic musicianship and expressive, often confessional lyrics. It originated in the mid-1980s hardcore punk movement of Washington, D.C., where it was known as "emotional hardcore" or "emocore" and pion... eered by bands such as Rites of Spring and Embrace.As the style was echoed by contemporary American punk rock bands, its sound and meaning shifted and changed, blending with pop punk and indie rock and encapsulated in the early 1990s by groups such as Jawbreaker and Sunny Day Real Estate. By the mid-1990s numerous emo acts emerged from the Midwestern and Central United States, and several independent record labels began to specialize in the style.Emo broke into mainstream culture in the early 2000s with the platinum-selling success of Jimmy Eat World and Dashboard Confessional and the emergence of the subgenre "screamo". In recent years the term "emo" has been applied by critics and journalists to a variety of artists, including multiplatinum acts and groups with disparate styles and sounds   more
1 vote
0 comments
Emo - Voter Comments
No Comments
Vote & Comment
6
VOTING CLOSED

Skate punk is a sub genre of punk rock, originally a derivative of the West Coast hardcore punk scene, that is named after its popularity among skateboarders and association with skateboarding culture. Skate punk most often describes the sound of me... lodic hardcore bands from the 1990s with an aggressive sound, and similar sounding modern bands. Skate videos have traditionally featured this aggressive style of punk rock. This played a big part in the coining of the term "skate punk". Skate punk has gained popularity all around the world, including the Nardcore punk scene out of Oxnard, California   more
0 votes
0 comments
Skate punk - Voter Comments
No Comments
Vote & Comment
7
VOTING CLOSED

Surf is the name of a brand of laundry detergent made by Unilever and sold in India, Ireland, South Africa and many other countries. In the United States the Surf product line is owned by Sun Products. The brand Omo was used when it was introduced i... n Australia and New Zealand but in Australia and South Africa, Surf as well as Omo are sold and they are both top- selling laundry detergents in Australia . Surf was introduced in 1959 after Rinso, formerly Lever's best selling detergent brand, had declined in both sales and market share . Formulations of the detergent and the market segment targeted vary by region; in some countries Unilever also markets Persil detergent   more
0 votes
0 comments
Surf - Voter Comments
No Comments
Vote & Comment
9
VOTING CLOSED