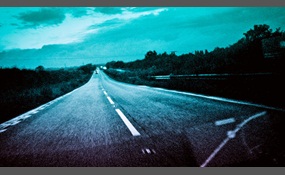 Which types of vehicles are better for you, society, and the world?

An electric car is an automobile that is propelled by one electric motor or more, using electrical energy stored in batteries or another energy storage device. Electric motors give electric cars instant torque, creating strong and smooth acceleratio... n.The first electric cars appeared in the 1880s. Electric cars were popular in the late 19th century and early 20th century, until advances in internal combustion engine technology and mass production of cheaper gasoline vehicles led to a decline in the use of electric drive vehicles. The energy crises of the 1970s and 1980s brought a short-lived interest in electric cars; although, those cars did not reach the mass marketing stage, as is the case in the 21st century. Since 2008, a renaissance in electric vehicle manufacturing has occurred due to advances in battery and power management technologies, concerns about increasing oil prices, and the need to reduce greenhouse gas emissions. Several national and local governments have established tax credits, subsidies, and other incentives to promote the introduction and adoption in the mass market of new electric vehicles depending on battery size and their all-electric range   more
5 votes
0 comments
Electric Vehicles - Voter Comments
No Comments
Vote & Comment
2
VOTING CLOSED

Formerland1 says2014-06-22T18:44:08.5634644-05:00
Report Post
Large trucks can't run on electric so electric is impractical and inefficient in almost every way and understanding why the public would loose interest in them fast

Comrade_Silly_Otter says2014-06-22T19:23:38.7072484-05:00
Report Post
Electric cars do not run on coal, they run on electricity. This can come from plenty of sources, like solar and wind as well. A large amount of energy does come from it though, which is why we should also switch to renewable energy.

CarterWale says2014-06-24T21:07:03.2969930-05:00
Report Post
Formerland1, you COULD run trucks off of electricity if they wanted. They are starting and are trying (successfully) to make electric aircraft.
Privacy Policy | Terms of Use
Sitemap | View Desktop Version
©2021 Debate.org. All rights reserved.