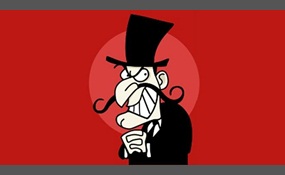 Which villain would win in a battle? 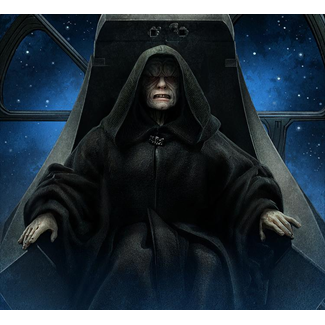 Palpatine is a fictional character and the main antagonist of the Star Wars franchise. He is portrayed in the live action films by Ian McDiarmid.In the original trilogy, the character is depicted as the aged, pale-faced and apparently decrepit Emperor Palpatine of the Galactic Empire. In the prequel trilogy, the character begins as the charismatic Senator Palpatine of Naboo, who—through the use of deception and political manipulation—rises to the position of Supreme Chancellor Palpatine of the Galactic Senate in the second film, and finally to Emperor Palpatine of the first Galactic Empire in the third installment.Though outwardly appearing to be a well-intentioned public servant and supporter of democracy prior to becoming Emperor, he is in fact Darth Sidious, the current Dark Lord of the Sith—a cult of practitioners of the dark side of the Force previously thought to have been extinct in the galaxy for a millennium. 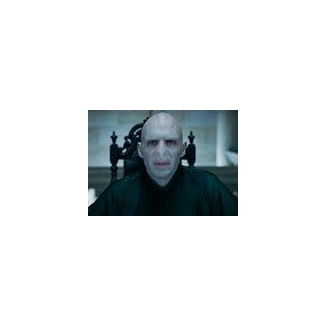 Lord Voldemort is a fictional character in J. K. Rowling's Harry Potter series. Voldemort first appeared in Harry Potter and the Philosopher's Stone, which was released in 1997. Voldemort appeared either in person or in flashbacks in each book and film adaptation in the series, except the third, Harry Potter and the Prisoner of Azkaban, where he is mentioned.In the series, Voldemort is the archenemy of Harry Potter, who according to a prophecy has "the power to vanquish the Dark Lord". Almost no witch or wizard dares to speak his name, instead referring to him by epithets such as "You-Know-Who", "He-Who-Must-Not-Be-Named" or "the Dark Lord". Voldemort's obsession with blood purity signifies his aim to rid the wizarding world of Muggle heritage and to conquer both worlds, Muggle and wizarding, to achieve pure-blood dominance. Through his mother's family, he is the last descendant of wizard Salazar Slytherin, one of the four founders of Hogwarts School of Witchcraft and Wizardry. He is the leader of the Death Eaters, a group of evil wizards and witches dedicated to ridding the Wizarding World of Muggles and establishing Voldemort as its supreme ruler. 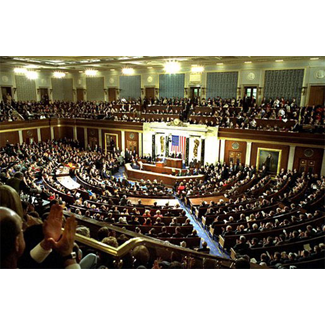 The United States Congress is the bicameral legislature of the federal government of the United States consisting of two houses: the Senate and the House of Representatives. The Congress meets in the Capitol in Washington, D.C. Both representatives and senators are chosen through direct election, though vacancies in the Senate may be filled by a gubernatorial appointment. Members are affiliated to the Republican Party or to the Democratic Party, and only rarely to a third-party or as independents. Congress has 535 voting members: 435 Representatives and 100 Senators.The members of the House of Representatives serve two-year terms representing the people of a district. Congressional districts are apportioned to states by population using the United States Census results, provided that each state has at least one congressperson. Each state regardless of population has exactly two senators; at present there are 100 senators representing the 50 states. Each senator serves a six-year term, with terms staggered, so every two years approximately one-third of the Senate is up for election. Widespread public dissatisfaction with the institution has increased in recent years. 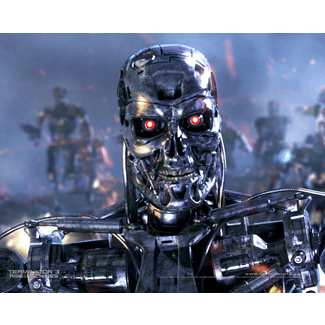 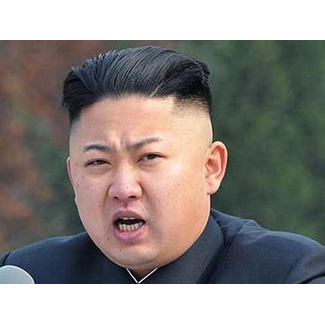 Kim Jong-un is the supreme leader of the Democratic People's Republic of Korea, commonly known as North Korea. He is the son of Kim Jong-il and the grandson of Kim Il-sung. He has held the titles of the First Secretary of the Workers' Party of Korea, the Chairman of the Central Military Commission, First Chairman of the National Defence Commission of North Korea, the Supreme Commander of the Korean People's Army, and presidium member of the Politburo of the Workers' Party of Korea. He was officially declared the supreme leader following the state funeral for his father on 28 December 2011. He is the third and youngest son of Kim Jong-il and his consort Ko Young-hee.From late 2010, Kim Jong-un was viewed as heir apparent to the leadership of the nation, and following his father's death, he was announced as the "Great Successor" by North Korean state television. At Kim Jong-il's memorial service, North Korean Chairman of the Supreme People's Assembly Kim Yong-nam declared that "Respected Comrade Kim Jong-un is our party, military and country's supreme leader who inherits great comrade Kim Jong-il's ideology, leadership, character, virtues, grit and courage". 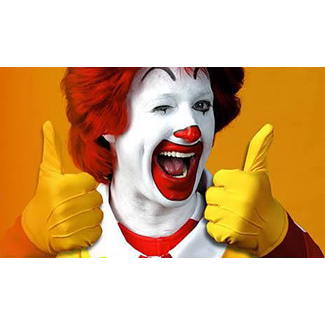 Ronald McDonald is a clown character used as the primary mascot of the McDonald's fast-food restaurant chain. In television commercials, the clown inhabits a fantasy world called McDonaldland, and has adventures with his friends Mayor McCheese, the Hamburglar, Grimace, Birdie the Early Bird, and The Fry Kids. In recent years, McDonaldland has been largely phased out, and Ronald is instead shown interacting with normal children in their everyday lives.Many people work full-time making appearances in the Ronald McDonald costume, visiting children in hospitals, and attending regular events. There are also Ronald McDonald Houses, where parents can stay overnight when visiting sick children in nearby chronic care facilities. 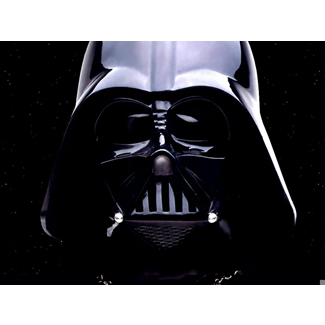 Darth Vader, born Anakin Skywalker, is the central fictional character in the Star Wars universe. He appears in the original trilogy, as well as the prequel trilogy.The character was created by George Lucas and has been portrayed by numerous actors. His appearances span all six Star Wars films, and he is an important character in the expanded universe of television series, video games, novels, literature and comic books. Originally a Jedi prophesied to bring balance to the Force, he falls to the dark side of the Force and serves the evil Galactic Empire at the right hand of his Sith master, Darth Sidious. He is also the father of Luke Skywalker and Princess Leia Organa.The American Film Institute listed him as the third greatest movie villain in cinema history on 100 Years... 100 Heroes and Villains, behind Hannibal Lecter and Norman Bates.

MyDinosaurHands says2014-07-07T08:48:13.8448261-05:00
Report Post
His powers probably aren't as awesome as Voldemort's, but Vader has a much larger army behind him, including the ability to construct a Death Star, to be blow up any planet any of these villains would be on.
Vote & Comment
8 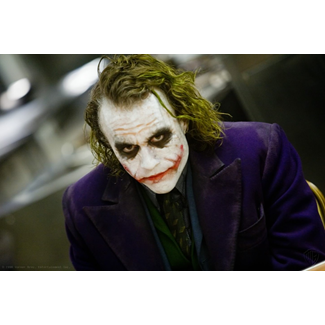 The Joker is a fictional character portrayed by Heath Ledger and the main antagonist of the film The Dark Knight, the second film in Christopher Nolan's Batman trilogy. He is Nolan and screenwriter David S. Goyer's interpretation of the comic book character created by Jerry Robinson, Bill Finger and Bob Kane in 1940 as the archenemy of the superhero Batman. This is the third time the character has been adapted to a live-action film. 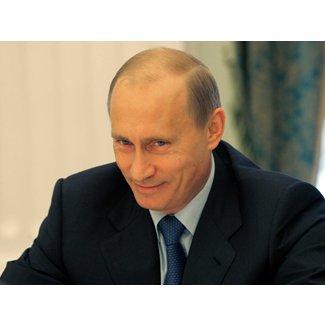 Vladimir Vladimirovich Putin has been the President of Russia since 7 May 2012. He previously served as President from 2000 to 2008, and as Prime Minister of Russia from 1999 to 2000 and again from 2008 to 2012. During his last term as Prime Minister, he was also the Chairman of the United Russia political party.For 16 years Putin served as an officer in the KGB, rising to the rank of Lieutenant Colonel before he retired to enter politics in his native Saint Petersburg in 1991. He moved to Moscow in 1996 and joined President Boris Yeltsin's administration where he rose quickly, becoming Acting President on 31 December 1999 when Yeltsin resigned unexpectedly. Putin won the subsequent 2000 presidential election and was re-elected in 2004. Because of constitutionally mandated term limits, Putin was ineligible to run for a third consecutive presidential term in 2008. Dmitry Medvedev won the 2008 presidential election and appointed Putin as Prime Minister, beginning a period of so-called "tandemocracy".