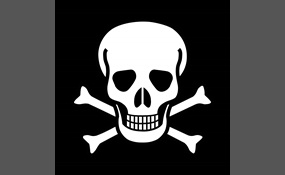 Which way is the worst way to die

Deliberately causing death through the effects of combustion, or effects of exposure to extreme heat, has a long history as a form of capital punishment. Many societies have employed it as an execution method for such crimes as treason, rebellious a... ctions by slaves, heresy, witchcraft and perceived sexual deviancy, such as incest or homosexuality. The best known type of executions of death by burning is when the condemned is bound to a large wooden stake. This is usually called burning at the stake. But other forms of death resulting from exposure to extreme heat are known, not only by exposure to flames or burning materials. For example, pouring substances, such as molten metal, onto a person are attested, as well as enclosing persons within, or attaching them to, metal contraptions subsequently heated. Immersion in a heated liquid as a form of execution is reviewed in death by boiling   more
10 votes
1 comment
Death by burning - Voter Comments

A disease is a particular abnormal, pathological condition that affects part or all of an organism. It is often construed as a medical condition associated with specific symptoms and signs. It may be caused by factors originally from an external sou... rce, such as infectious disease, or it may be caused by internal dysfunctions, such as autoimmune diseases. In humans, "disease" is often used more broadly to refer to any condition that causes pain, dysfunction, distress, social problems, or death to the person afflicted, or similar problems for those in contact with the person. In this broader sense, it sometimes includes injuries, disabilities, disorders, syndromes, infections, isolated symptoms, deviant behaviors, and atypical variations of structure and function, while in other contexts and for other purposes these may be considered distinguishable categories. Diseases usually affect people not only physically, but also emotionally, as contracting and living with a disease can alter one's perspective on life, and one's personality.Death due to disease is called death by natural causes   more
2 votes
0 comments
Disease - Voter Comments
No Comments
Vote & Comment
3

Drowning is defined as respiratory impairment from being in or under a liquid. It is further classified as by outcome into: death, ongoing health problems and no ongoing health problems. Using the term near drowning to refer to those who survive is ... no longer recommended. It occurs more frequently in males and the young.Drowning itself is quick and silent, although it may be preceded by distress which is more visible. A person drowning is unable to shout or call for help, or seek attention, as they cannot obtain enough air. The instinctive drowning response is the final set of autonomic reactions in the 20 – 60 seconds before sinking underwater, and to the untrained eye can look similar to calm safe behavior. Lifeguards and other persons trained in rescue learn to recognize drowning people by watching for these instinctive movements.Drowning is the third leading cause of unintentional injury or death worldwide, accounting for 7% of all injury related deaths, with 96% of these deaths occurring in low-income and middle-income countries. In many countries, drowning is one of the leading causes of death for children under 12 years old   more
2 votes
1 comment
Drowning - Voter Comments

QuailCakes says2015-04-22T13:24:45.6395505-05:00
Report Post
My reasoning for choosing drowning is based off of the fact, that if it's starts to happen, outside of a pool setting, it's traumatizing. You have to sit there, struggling under water, watching yourself die.
Vote & Comment
4

In the context of biology, poisons are substances that cause disturbances to organisms, usually by chemical reaction or other activity on the molecular scale, when a sufficient quantity is absorbed by an organism. The fields of medicine and zoology ... often distinguish a poison from a toxin, and from a venom. Toxins are poisons produced by some biological function in nature, and venoms are usually defined as toxins that are injected by a bite or sting to cause their effect, while other poisons are generally defined as substances absorbed through epithelial linings such as the skin or gut.Poisons are most often applied in industry, agriculture and other uses for other reasons than their toxicity. Pesticides are one application where they are indeed used for their toxicity   more
1 vote
1 comment
Poison - Voter Comments

Falling is the second leading cause of accidental death worldwide and is a major cause of personal injury, especially for the elderly. Builders, electricians, miners, and painters are occupations with high rates of fall injuries. The World Health Or... ganization estimates that as of 2010 that 540,000 people die from falls   more
0 votes
0 comments
Falling - Voter Comments
No Comments
Vote & Comment
8

Animal attack is one of the causes of a person's death.
0 votes
0 comments
Animal attack - Voter Comments
No Comments
Vote & Comment
9

Murder is the unlawful killing, with malice aforethought, of another human, and generally this premeditated state of mind distinguishes murder from other forms of unlawful homicide.Most societies both present and in antiquity have considered murder ... a most serious crime worthy of the harshest of punishment, under the justification that commission of murder is highly detrimental to good order within society. In most countries, a person convicted of murder is typically given a long prison sentence, possibly a life sentence where permitted, and in some countries, the death penalty may be imposed for such an act – though this practice is becoming less common   more
0 votes
0 comments
Murder - Voter Comments
No Comments
Vote & Comment
10

Electrocution is death caused by electric shock, either accidental or deliberate. The word is derived from "electro" and "execution", but it is also used for accidental death. The term "electrocution," coined about the time of the first use of the e... lectric chair in 1890, originally referred only to electrical execution, and not to accidental or suicidal electrical deaths. However, since no English word was available for non-judicial deaths due to electric shock, the word "electrocution" eventually took over as a description of all circumstances of electrical death from the new commercial electricity. The first recorded accidental electrocution occurred in 1879 when a stage carpenter in Lyon, France touched a 250-volt wire   more
0 votes
0 comments
Electrocution - Voter Comments
No Comments
Vote & Comment
Leave a comment...
(Maximum 900 words)