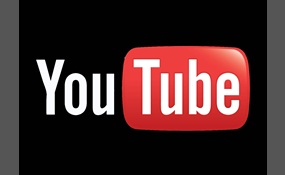 Founded in February2005, YouTube is the leader in online video, and the premierdestination to watch and share original videos worldwide through a Webexperience. YouTube allows people to easily upload and share videoclips on www.YouTube.com and acros... s the Internet through websites, mobile devices, blogs, and email   more
10 votes
3 comments
YouTube - Voter Comments

Instagram is an online mobile photo-sharing, video-sharing and social networking service that enables its users to take pictures and videos, and share them on a variety of social networking platforms, such as Facebook, Twitter, Tumblr and Flickr. A ... distinctive feature is that it confines photos to a square shape, similar to Kodak Instamatic and Polaroid images, in contrast to the 4:3 aspect ratio typically used by mobile device cameras. Users can also apply digital filters to their images. The maximum duration for Instagram videos is 15 seconds.Instagram was created by Kevin Systrom and Mike Krieger, and launched in October 2010. The service rapidly gained popularity, with over 100 million active users as of April 2012 and over 300 million as of December 2014. Instagram is distributed through the Apple App Store, Google Play, and Windows Phone Store. Support for the app is available for iPhone, iPad, iPod Touch, and Android handsets, while third-party Instagram apps are available for Blackberry 10 and Nokia-Symbian Devices.The service was acquired by Facebook in April 2012 for approximately US$1 billion in cash and stock   more
2 votes
0 comments
Instagram - Voter Comments
No Comments
Vote & Comment
3

Founded in February 2004, Facebook is a social utility that helpspeople communicate more efficiently with their friends, family andcoworkers. The company develops technologies that facilitate thesharing of information through the social graph, the d... igital mapping ofpeople's real-world social connections. Anyone can sign up for Facebookand interact with the people they know in a trusted environment.Facebook is a part of millions of people’s lives and half of the usersreturn daily   more
0 votes
0 comments
Facebook - Voter Comments
No Comments
Vote & Comment
4

Twitteris a free social networking and micro-blogging service that allowsusers to send "updates" (text-based posts, up to 140 characters long)via SMS, instant messaging, email, to the Twitter website, or anapplication such as Twitterrific. Twitter w... as founded in March 2006 bySan Francisco start-up company Obvious Corp. In April 2007, Obvious, LLC spun off the service as a separate entity under the name Twitter, Inc. With Jack Dorsey as CEO   more
0 votes
0 comments
Twitter - Voter Comments
No Comments
Vote & Comment
5

UtherPenguin says2015-07-15T17:24:38.7761104-05:00
Report Post
@tirangle.128k There are plenty of more websites in the Democratic People's Republic of Korea's internet. In Western Neo-Imperialist nations, all internet is censored (except for state-funded websites such as the five that you see)