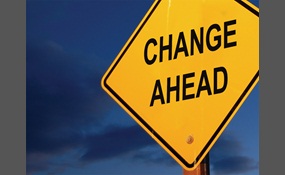 Which would be more beneficial: a referendum or initiative?

Both of these are rarely done, but which do you think should be done more often, taken into greater consideration, and/or would bring about the most change? You may state what should be taken in as a referendum or initiative.

Both of these will never happen. Only through a revolution will we ever achieve change. Down with the capitalist pigs that run this government.
2 votes
0 comments
A Revolution - Voter Comments
No Comments
Vote & Comment
2

In political science, an initiative is a means by which a petition signed by a certain minimum number of registered voters can force a public vote.The initiative may take the form of a direct initiative or an indirect initiative. In a direct initiat... ive, a measure is put directly to a vote after being submitted by a petition. In an indirect initiative, a measure is first referred to the legislature, and then put to a popular vote only if not enacted by the legislature.The vote may be on a proposed statute, constitutional amendment, charter amendment or local ordinance, or to simply oblige the executive or legislature to consider the subject by submitting it to the order of the day. It is a form of direct democracy   more
1 vote
0 comments
Initiative - Voter Comments
No Comments
Vote & Comment
3

A referendum is a direct vote in which an entire electorate is asked to vote on a particular proposal. This may result in the adoption of a new constitution, a constitutional amendment, or a law.
0 votes
0 comments
Referendum - Voter Comments
No Comments
Vote & Comment
No comments yet.
Leave a comment...
(Maximum 900 words)
Privacy Policy | Terms of Use
Sitemap | View Desktop Version
©2020 Debate.org. All rights reserved.