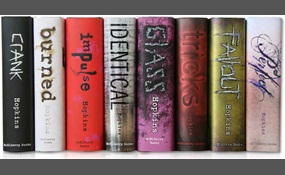 The Inheritance Cycle is a young adult tetralogy of epic fantasy novels written by American author Christopher Paolini. Set in the fictional world of Alagaësia, the novels focus on the adventures of a teenage boy named Eragon and his dragon, Saphira... , as they struggle to overthrow the evil king Galbatorix. The series was originally intended to be a trilogy until Paolini announced on October 30, 2007, while working on the third novel, that he believed the story was too complex to conclude in just three books.The book series as a whole received mostly mixed to negative reviews by critics, but has gained both popularity and commercial success. The first book in the series, Eragon, was originally self-published by Paolini in 2001, and subsequently re-published by Alfred A. Knopf Books for Young Readers on June 25, 2003. The second book in the series, Eldest, was published by Knopf on August 23, 2005. Both were New York Times bestsellers. The third book in the series, Brisingr, was published by Knopf on September 20, 2008. The fourth and final book in the series, Inheritance, was published by Knopf on November 8, 2011. The series has sold 33.5 million copies worldwide   more
2 votes
0 comments
Inheritance Cycle - Voter Comments
No Comments
Vote & Comment
6

Great series, first book is hard to get into but OMFG you will be addicted in no time.
2 votes
0 comments
Artemis Fowl - Voter Comments
No Comments
Vote & Comment
7

Anything by Lemony Snicket

Anything and everything by Brandon Sanderson no matter what genre or age group we are talking about.

1 vote
0 comments
Anything and everything by Brandon Sanderson no matter what genre or age group we are talking about. - Voter Comments
No Comments
Vote & Comment
13