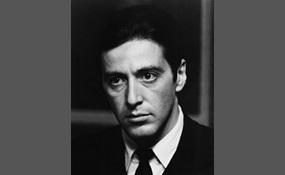 Who are best of these?

Who are best of these actors ?

William Bradley "Brad" Pitt is an American actor and filmmaker. He has received a Golden Globe Award, a Screen Actors Guild Award, and three Academy Award nominations in acting categories, and received two further Academy Award nominations, winning ... one, for productions of his film production company Plan B Entertainment. He has been described as one of the world's most attractive men, a label for which he has received substantial media attention.Pitt first gained recognition as a cowboy hitchhiker in the road movie Thelma & Louise. His first leading roles in big-budget productions came with A River Runs Through It, Interview with the Vampire, and Legends of the Fall. He gave critically acclaimed performances in the crime thriller Seven and the science fiction film 12 Monkeys, the latter earning him a Golden Globe Award for Best Supporting Actor and an Academy Award nomination. Pitt starred in the cult film Fight Club and the major international hit Ocean's Eleven and its sequels, Ocean's Twelve and Ocean's Thirteen. His greatest commercial successes have been Troy, Mr. & Mrs. Smith, and World War Z   more
6 votes
1 comment
Brad Pitt - Voter Comments

Alan Sidney Patrick Rickman is an English actor. Rickman is a former member of the Royal Shakespeare Company in both modern and classical theatre productions. His breakout performance was as the Vicomte de Valmont in Les Liaisons Dangereuses, for wh... ich he was nominated for a Tony Award. Rickman is well known for his film performances as Hans Gruber in Die Hard, Sheriff of Nottingham in Robin Hood: Prince of Thieves, Severus Snape in the Harry Potter film series, Éamon de Valera in Michael Collins, Metatron in Dogma, and Ronald Reagan in The Butler.Rickman has also had a number of other notable film roles such as Jamie in Truly, Madly, Deeply, Colonel Brandon in Ang Lee's 1995 film Sense and Sensibility, Harry in Love Actually, P.L. O'Hara in An Awfully Big Adventure. More recently, he played Judge Turpin in the film adaptation of Stephen Sondheim's musical of Sweeney Todd: The Demon Barber of Fleet Street. In 1995, he was awarded the Golden Globe, Emmy Award and Screen Actors Guild Award for his portrayal of Rasputin in Rasputin: Dark Servant of Destiny.As of 2013, Rickman has won a BAFTA Award, a Golden Globe Award, an Emmy Award and a Screen Actors Guild Award   more
4 votes
0 comments
Alan Rickman - Voter Comments
No Comments
Vote & Comment
3

Sir Philip Anthony Hopkins, CBE is a Welsh actor of film, stage, and television, and a composer and painter. After graduating from the Royal Welsh College of Music & Drama in 1957, he trained at the Royal Academy of Dramatic Art in London, and was t... hen spotted by Laurence Olivier who invited him to join the Royal National Theatre. In 1968, he got his break in film in The Lion in Winter, playing Richard I.Considered to be one of the greatest living actors, Hopkins is well known for his portrayal of Hannibal Lecter in The Silence of the Lambs, for which he won the Academy Award for Best Actor, its sequel Hannibal, and the prequel Red Dragon. Other notable films include The Mask of Zorro, The Bounty, Meet Joe Black, The Elephant Man, Magic, 84 Charing Cross Road, Bram Stoker's Dracula, Legends of the Fall, Thor, The Remains of the Day, Amistad, Nixon, The World's Fastest Indian, Instinct, and Fracture.Along with his Academy Award, Hopkins has also won three BAFTA Awards, two Emmys and the Cecil B. DeMille Award. In 1993, Hopkins was knighted by Queen Elizabeth II for services to the arts   more
2 votes
0 comments
Anthony Hopkins - Voter Comments
No Comments
Vote & Comment
4

Arnold Alois Schwarzenegger is an Austrian-born American actor, filmmaker, activist, businessman, investor, writer, philanthropist, former professional bodybuilder, and politician. Schwarzenegger served two terms as the 38th Governor of California f... rom 2003 until 2011.Schwarzenegger began weight training at the age of 15. He won the Mr. Universe title at age 20 and went on to win the Mr. Olympia contest seven times. Schwarzenegger has remained a prominent presence in bodybuilding and has written many books and articles on the sport. Schwarzenegger gained worldwide fame as a Hollywood action film icon. He was nicknamed the "Austrian Oak" and the "Styrian Oak" in his bodybuilding days, "Arnie" during his acting career, and "The Governator" since the start of his political career.As a Republican, he was first elected on October 7, 2003, in a special recall election to replace then-Governor Gray Davis. Schwarzenegger was sworn in on November 17, 2003, to serve the remainder of Davis's term   more
0 votes
0 comments
Arnold Schwarzenegger - Voter Comments
No Comments
Vote & Comment
No comments yet.
Leave a comment...
(Maximum 900 words)
Privacy Policy | Terms of Use
Sitemap | View Desktop Version
©2021 Debate.org. All rights reserved.