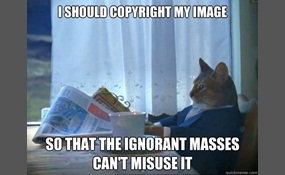 Who are worse thieves?

Pirateers and Bank managers have both been described as thieves. Which is the worst? Or is it a false representation?

The Democratic Party is one of the two major contemporary political parties in the United States, along with the younger Republican Party. Tracing its origins back to the Democratic-Republican Party, the modern Democratic Party was founded around 18... 28. There have been 15 Democratic presidents, the first being Andrew Jackson, who served from 1829 to 1837; the most recent is the current president, Barack Obama, who has served since 2009.Since the 1930s, the party has promoted a social-liberal platform, supporting a mixed economy and social justice. The party's philosophy of contemporary American liberalism advocates civil and political rights and liberties along with social justice. It pursues a mixed economy by providing government intervention and regulation in the economy. These interventions, such as universal health care, labor protection, social programs, equal opportunity, consumer protection, and environmental protection, form the party's economic policy basis. Until the late 20th century the party had a powerful conservative and populist wing based in the rural South, which over time has greatly diminished   more
5 votes
1 comment
Democratic Party - Voter Comments

Not bank managers, they keep the economy running, which is very difficult

2 votes
0 comments
Not bank managers, they keep the economy running, which is very difficult - Voter Comments
No Comments
Vote & Comment
3

Not pirateers, they merely infringe on monopolies, which is a good thing

1 vote
0 comments
Not pirateers, they merely infringe on monopolies, which is a good thing - Voter Comments
No Comments
Vote & Comment
4

MrFox says2015-04-01T06:31:35.1668077-05:00
Report Post
Bank managers abuse the power of their high positions to pay each other ridiculous salaries. They always claimed this was because they bare great responsibilities. But we've seen they don't behave responsibly at all and eventually the taxpayer bears the burden for their failure.
Privacy Policy | Terms of Use
Sitemap | View Desktop Version
©2020 Debate.org. All rights reserved.