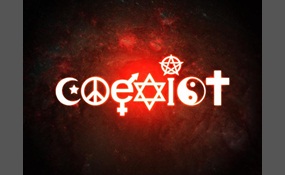 Who do you find to be more "reasonable": Atheists or Theists?

Reasonable as in willing to accept other ideas and admit that they're wrong if proven to be wrong. Don't just vote because of your own beliefs.

Atheism is, in a broad sense, the rejection of belief in the existence of deities. In a narrower sense, atheism is specifically the position that there are no deities. Most inclusively, atheism is the absence of belief that any deities exist. Atheis... m is contrasted with theism, which in its most general form is the belief that at least one deity exists.The term atheism originated from the Greek ἄθεος, meaning "without god", used as a pejorative term applied to those thought to reject the gods worshipped by the larger society. With the spread of freethought, skeptical inquiry, and subsequent increase in criticism of religion, application of the term narrowed in scope. The first individuals to identify themselves using the word "atheist" lived in the 18th century.Arguments for atheism range from the philosophical to social and historical approaches. Rationales for not believing in any supernatural deity include the lack of empirical evidence, the problem of evil, the argument from inconsistent revelations, rejection of concepts which cannot be falsified, and the argument from nonbelief   more
16 votes
5 comments
Atheists - Voter Comments

iamanatheistandthisiswhy says2014-08-03T23:33:51.1029950-05:00
Report Post
Theists I have encountered just refuse to budge. Even though not all atheists are reasonable, I think the statistics sit in the atheists favor.

Zylorarchy says2014-08-04T02:32:46.1842940-05:00
Report Post
You have to bare in mind that this is a debate site, and so both sides will appear more stronger in belief and more stubborn. However in the real world, atheists tend to be more reasonable as: (A) Atheists tend not to show their "belief" down other people's throat and (B) Atheism is solely the rejection of god(s) and not a belief system like many seem to think. In the real world, atheists are not seen as a religion, atheism is not preached, it is not "practised", what I am trying to say is, theists will try much of what they do on this website, atheists will not.

lifemeansevolutionisgood says2014-08-04T08:05:31.7799676-05:00
Report Post
I might be a theist, but I can say that a majority of the theists do not care about objective evidence. I find that a lot of atheists just look for objective evidence.

They both are unreasonable and/or are never willing to change their opinions or generally admit that they're wrong in certain cases. They will always be in a constant battle, arguing over the internet for eternity.
15 votes
8 comments
Neither - Voter Comments

PetersSmith says2014-08-03T23:28:37.8802307-05:00
Report Post
Yeah, I don't see either side settling with a peace agreement anytime soon. I think by definition, though, theists would be more reasonable because you don't see atheists becoming theists very often. I just think that atheists are generally more stubborn than theists, sometimes even to the point where they shove their beliefs down other's throats more than theists do.

SweetTea says2014-08-04T07:13:39.3626298-05:00
Report Post
If everyone on both sides could be rational, then they could respect each other. Respect is a rational approach to Theism or Atheism. Yet, many on both sides cannot muster something so simple.

mishapqueen says2014-08-04T09:24:15.5182691-05:00
Report Post
I have met many atheists who claim to be open-minded and tolerate, but shut me up or ridicule me if I say anything about my own beliefs. And I have met many creationists who ridicule evolutionists. Neither side is without fault. The individual atheist can sometimes be different than the norm though, so I try to treat them like I'd like to be treated.

Theism, in the broadest sense, is the belief that at least one deity exists. In a more specific sense, theism is commonly a monotheistic doctrine concerning the nature of a deity, and that deity's relationship to the universe. Theism, in this specif... ic sense, conceives of God as personal, present and active in the governance and organization of the world and the universe. As such theism describes the classical conception of God that is found in Christianity, Judaism, Islam, Sikhism and Hinduism. The use of the word theism to indicate this classical form of monotheism began during the scientific revolution of the seventeenth century in order to distinguish it from the then-emerging deism which contended that God, though transcendent and supreme, did not intervene in the natural world and could be known rationally but not via revelation.The term theism derives from the Greek theos meaning "god". The term theism was first used by Ralph Cudworth. In Cudworth's definition, they are "strictly and properly called Theists, who affirm, that a perfectly conscious understanding being, or mind, existing of itself from eternity, was the cause of all other things"   more
3 votes
1 comment
Theists - Voter Comments

mishapqueen says2014-08-04T09:29:37.6915022-05:00
Report Post
Zylorarchy, Just to let you know, my vote was based on my experience in real life, not DDO. But I have had some nasty run-ins with atheists on here too. But thankfully they were balanced by the nicer atheists on this site.