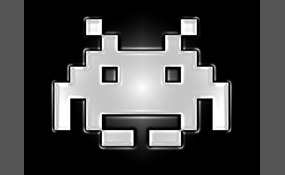 Who do you think is the Best Gaming Developers out there?

Sega Corporation, pronounced and usually styled as SEGA, is a Japanese multinational video game developer, publisher, and hardware development company headquartered in Tokyo, Japan, with multiple offices around the world. Sega developed and manufact... ured numerous home video game consoles from 1983 to 2001, but the financial losses incurred from their Dreamcast console caused the company to restructure itself in 2001, and focus on providing software as a third-party developer, exiting console manufacturing completely. However, arcade development would continue unaffected. Sega, along with their many software studios, are known for multi-million-selling game franchises including Sonic the Hedgehog, Virtua Fighter, Phantasy Star, Yakuza, and Total War.Sega's head offices, as well as the main office of its domestic division, Sega Corporation, are located in Ōta, Tokyo, Japan. Sega's European division, Sega Europe Ltd., is headquartered in the Brentford area of London in the United Kingdom. Sega's North American division, Sega of America Inc., is headquartered in San Francisco, having moved there from Redwood City, California in 1999. Sega Publishing Korea is headquartered in Jongno, Seoul, Korea. Sega's Australian & European operations outside of the United Kingdom closed on July 1, 2012 due to world economic pressures. Distribution of Sega products in Australia as of 1 July 2012 is handled by Five Star Games, made up of all the redundant employees from Sega Australia   more
2 votes
0 comments
Sega - Voter Comments
No Comments
Vote & Comment
4

Naughty Dog, Inc. Is an American video game developer based in Santa Monica, California. Founded by Andy Gavin and Jason Rubin in 1984 as an independent developer, the studio was acquired by Sony Computer Entertainment in 2001. Gavin and Rubin produ... ced a sequence of progressively more successful games, including Rings of Power for the Sega Genesis/Mega Drive and Way of the Warrior for the 3DO. The latter — a very low-budget but still plausible offering — prompted Universal Interactive Studios to sign the duo to a three-title deal and fund the expansion of the company.Mark Cerny, who was a programmer for Sonic the Hedgehog 2 for Sega, convinced Naughty Dog to focus its new resources on creating a character-based platform game that would fully exploit the 3D capabilities of the new systems. Ultimately, this led to the release of Crash Bandicoot for the PlayStation on August 31, 1996. Naughty Dog developed three Crash Bandicoot sequels over the next several years. In January 2001, it was announced Sony would acquire Naughty Dog. After developing Crash Team Racing, the company began working on Jak and Daxter for the PlayStation 2   more
2 votes
1 comment
Naughty Dog - Voter Comments

Zombie_Sigma says2014-04-10T07:32:21.1433881-05:00
Report Post
Naughty Dog is one of the best developers ever. Try to find one game that they made that didn't become a hit or a classic. With games like Crash Bandicoot, Jak and Daxter, Uncharted, and The Last of Us under their belt, They haven't made a bad game so far. I love Sonic, but Sega can't develop games like they used to anymore. Valve is amazing too, but I picked Naughty Dog because i see that no one voted for them, Which is surprising.
Vote & Comment
5

Respawn Entertainment is an American video game development studio founded by Jason West and Vince Zampella, who were formerly responsible for the development of the Call of Duty franchise at Infinity Ward.
0 votes
0 comments
Respawn Entertainment - Voter Comments
No Comments
Vote & Comment
No comments yet.
Leave a comment...
(Maximum 900 words)
Privacy Policy | Terms of Use
Sitemap | View Desktop Version
©2021 Debate.org. All rights reserved.