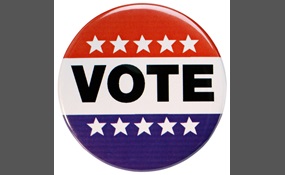 Who do you want as the next British Prime Minister?

Jeremy Bernard Corbyn is a British Labour Party politician who has been the Member of Parliament for Islington North since 1983.
6 votes
2 comments
Jeremy Corbyn - Voter Comments

NBhimmy says2015-09-04T15:38:39.0650689Z
Report Post
I believe Socialism is the way to move not only the country but the entire world onwards and upwards, and Jeremy Corbyn is the only man in parliament who can bring it to the table.

Nigel Paul Farage is a British politician and leader of the UK Independence Party since 2010, a position he also held from September 2006 to November 2009. Since 1999 he has been a Member of the European Parliament for South East England. He co-chai... rs the Europe of Freedom and Direct Democracy group.Farage was a founding member of UKIP, having left the Conservative Party in 1992 after the signing of the Maastricht Treaty. Having unsuccessfully campaigned in European and Westminster parliamentary elections for UKIP since 1994, he won a seat as MEP for South East England in the 1999 European Parliament Election – the first year the regional list system was used – and was re-elected in 2004, 2009, and 2014.In September 2006, Farage became the UKIP Leader and led the party through the 2009 European Parliament Election when it received the second-highest share of the popular vote, defeating Labour and the Liberal Democrats with over two million votes. He stepped down in November 2009 to concentrate on contesting Buckingham, the constituency of the Speaker, John Bercow, at the 2010 general election. Farage came third   more
2 votes
1 comment
Nigel Farage - Voter Comments

Alexander Boris de Pfeffel Johnson is a British Conservative Party politician, who has served as Mayor of London since 2008. Initially coming to public attention as a journalist, he became editor of The Spectator in 1999, then later served as the Me... mber of Parliament for Henley from 2001 until 2008.Born in New York City, Johnson was educated at the European School of Brussels, Ashdown House School, Eton College, and Balliol College, Oxford, where he read Classics. Beginning his career in journalism with The Times and then The Daily Telegraph, he became Assistant Editor from 1994 to 1999 before taking editorship of The Spectator, a position he held until 2005. Joining the Conservatives, he was elected MP for Henley in 2001. During his period in the House of Commons, Johnson became one of the most conspicuous politicians in the country, authoring books and making regular television appearances. Under Conservative leaders Michael Howard and David Cameron, Johnson served on the opposition front bench, first as Shadow Minister for Culture, Communications and Creative Industries and then for Higher Education   more
1 vote
0 comments
Boris Johnson - Voter Comments
No Comments
Vote & Comment
5

Theresa Mary May PC MP is a British Conservative politician, and the current UK Home Secretary.May was first elected to Parliament in 1997 as Member of Parliament for Maidenhead. She went on to be appointed Chairman of the Conservative Party and was...  sworn of Her Majesty's Most Honourable Privy Council in 2002.She served in a number of roles in the Shadow Cabinets of Iain Duncan Smith, Michael Howard and David Cameron, including Shadow Leader of the House of Commons and Shadow Work and Pensions Secretary.When Cameron became Prime Minister in May 2010, May was appointed Home Secretary and Minister for Women and Equalities; delegating the latter role in 2012 to Maria Miller, Secretary of State for Culture, Media and Sport   more
0 votes
0 comments
Theresa May - Voter Comments
No Comments
Vote & Comment
6

Nicola Ferguson Sturgeon is the fifth and current First Minister of Scotland and the Leader of the Scottish National Party. She is the first woman to hold either position. Sturgeon represents Glasgow Southside as its MSP.A law graduate of the Univer... sity of Glasgow, Sturgeon worked as a solicitor in Glasgow. She was first elected to the Scottish Parliament in 1999, and served successively as the SNP's shadow minister for education, health and justice. In 2004, she announced that she would stand as a candidate for the leadership of the SNP following the resignation of John Swinney. However, she later withdrew from the contest in favour of Alex Salmond, standing instead as depute leader on a joint ticket with Salmond.Both were subsequently elected, and Sturgeon led the SNP in the Scottish Parliament from 2004 to 2007, when Alex Salmond was elected to the Scottish Parliament in the 2007 election. The SNP won the highest number of seats in the Scottish Parliament following the 2007 election, and Alex Salmond was subsequently appointed First Minister of Scotland. He appointed Sturgeon as Deputy First Minister and Cabinet Secretary for Health and Wellbeing   more
0 votes
0 comments
Nicola Sturgeon - Voter Comments
No Comments
Vote & Comment
7

Timothy James "Tim" Farron is a British Liberal Democrat politician. He is Member of Parliament for the constituency of Westmorland and Lonsdale. He was elected President of the Liberal Democrats in November 2010 and assumed the office on 1 January ... 2011   more
0 votes
0 comments
Tim Farron - Voter Comments
No Comments
Vote & Comment
8

Elizabeth Louise 'Liz' Kendall is a British Labour Party politician who has been the Member of Parliament for Leicester West since 2010.
0 votes
0 comments
Liz Kendall - Voter Comments
No Comments
Vote & Comment
9

George Gideon Oliver Osborne is a British Conservative Party politician who has been the Chancellor of the Exchequer and Second Lord of the Treasury since 2010 and the Member of Parliament for Tatton since 2001.Osborne comes from one of the oldest A... nglo-Irish aristocracies, and is the heir apparent to the Osborne baronetcy. He was educated at St Paul's School, London, and Magdalen College, Oxford, before working for the Conservative Party as a researcher, special adviser, speechwriter, and strategist. In 2005, he ran David Cameron's successful leadership campaign and became Shadow Chancellor   more
0 votes
0 comments
George Osborne - Voter Comments
No Comments
Vote & Comment
10

Yvette Cooper is a British Labour Party politician who has been the Member of Parliament for Normanton, Pontefract and Castleford since 2010, having previously been the MP for Pontefract and Castleford since 1997. She served in the Cabinet between 2... 008 and 2010 under Prime Minister Gordon Brown as Chief Secretary to the Treasury and then as Secretary of State for Work and Pensions. She is currently the Shadow Home Secretary. She is married to fellow Labour politician Ed Balls   more
0 votes
0 comments
Yvette Cooper - Voter Comments
No Comments
Vote & Comment
12

Boris Nikolayevich Yeltsin was a Russian politician and the first President of the Russian Federation, serving from 1991 to 1999.Originally a supporter of Mikhail Gorbachev, Yeltsin emerged under the perestroika reforms as one of Gorbachev's most po... werful political opponents. On 29 May 1990 he was elected the chairman of the Russian Supreme Soviet. On 12 June 1991 he was elected by popular vote to the newly created post of President of the Russian Soviet Federative Socialist Republic, at that time one of the 15 constituent republics of the Soviet Union. Upon the resignation of Mikhail Gorbachev and the final dissolution of the Soviet Union on 25 December 1991, Yeltsin remained in office as the President of the Russian Federation, the USSR's successor state. Yeltsin was reelected in the 1996 election; in the second round he defeated Gennady Zyuganov from the revived Communist Party by a margin of 13%. However, Yeltsin never recovered his early popularity after a series of economic and political crises in Russia in the 1990s   more
0 votes
0 comments
Boris Yeltsin - Voter Comments
No Comments
Vote & Comment
13

Natalie Louise Bennett is an Australian-born British politician and the leader of the Green Party of England and Wales. She was elected to her position on 3 September 2012.
0 votes
0 comments
Natalie Bennett - Voter Comments
No Comments
Vote & Comment
14