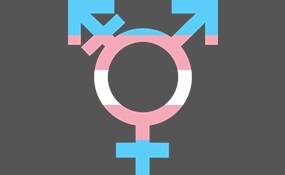 Who Do You Want in Your Bathroom?

I've created this poll simply because the other transgender/bathroom poll has a lot of "trans women are just men in wigs" going on, and I wanted to give some more realistic visuals. On a side note, separate bathrooms were not really a thing until the late 19th century, before then unisex bathrooms were the norm.

Actually, I'd rather not have people trans*people of the opposite sex in the same bathroom as me.

So, no transmen in the ladies, and no transwomen in the mens.
27 votes
3 comments
Actually, I'd rather not have people trans*people of the opposite sex in the same bathroom as me. - Voter Comments

Devoid says2017-08-03T08:21:32.5277697Z
Report Post
Uh do you realise that this means the opposite of what you think it does? (It means that you'd rather have trans people allowed in the bathroom of the gender they identify as).
Vote & Comment
2

< This is a Transgender Man. As a Woman, I'd feel comfortable with him in the ladies bathroom.

If Trans people are forced to use the bathrooms of their birth gender, he'd be using the ladies bathroom. Women, how do you feel about that?
2 votes
0 comments
< This is a Transgender Man. As a Woman, I'd feel comfortable with him in the ladies bathroom. - Voter Comments
No Comments
Vote & Comment
3

< This is a Transgender Woman. As a Man, I'd feel comfortable with her in the men's bathroom

If Trans people are forced to use the bathrooms of their birth gender, she'd be using the men's bathroom. Men, how do you feel about that?
2 votes
0 comments
< This is a Transgender Woman. As a Man, I'd feel comfortable with her in the men's bathroom - Voter Comments
No Comments
Vote & Comment
Leave a comment...
(Maximum 900 words)

cyber_onions says2017-01-20T06:16:58.7082255Z
Report Post
@Danjos162 you've voted in the wrong place - that answer is the opposite of what you're saying (it says that transmen should not be in the womens room, but in the mens, and that transwomen shouldn't be in the men's, but in the women's). The picture of the man is a transman (i.E. He was born a woman.) The picture of the woman is a transwoman (i.E. She was born a man). Essentially you're saying that the guy there, with the big muscles and tattoos, should be using the ladies room.

MasturDbtor says2017-01-20T09:48:13.4704998Z
Report Post
I didn't vote. I say we just have unisex bathrooms, and replace the walls for toilet stalls with walls that go from the floor to the ceiling with no gaps and so no way for a Peeping Tom or Tina to take a look inside.

cyber_onions says2017-01-21T13:24:45.2673701Z
Report Post
@TooGayToBeOK that's not what I mean. At all. I mean what I wrote. In the other trans/bathroom poll, people were saying that they wouldn't want a trans woman in the women's, i.e. they think trans women (people born male, but now female) should not be allowed to use the women's, and should have to use the mens. So I extrapolated that line of thought, included images of actual trans people (not comedians in drag), to point out that if trans women have to use the mens, it would mean people like that women in the picture would be in the mens room, and vice versa, trans men would be forced to use the ladies, so that big muscly dude would end up in the ladies. That's why the description for each choice is a variation on "If Trans people are forced to use the bathrooms of their birth gender, this guy in the picture would be using the ladies bathroom. Would you women be comfortable with a (trans)man in your bathroom? No? Then stop trying to force (trans)women into the mens". So, the complete opposite of what you said. It's difficult in terms of terminology, because some people will insist on calling a trans woman and man, and a trans man a woman, so when I write "opposite sex" they may assume that I'm suggesting that a trans woman is the opposite of a woman, a man, when I'm saying that a trans man is the opposite of a woman.

Anitabab01 says2018-07-03T13:29:06.1202370Z
Report Post
Hello greetings to you (anitagaranglu5@gmail.Com) It is nice and joyful to find your profile .I thought is beautiful to make you a friend in this regard. My name is Anita , i will like you to contact me direct to my box for easy communication, because i am not often here in this site. Anita
Privacy Policy | Terms of Use
Sitemap | View Desktop Version
©2022 Debate.org. All rights reserved.