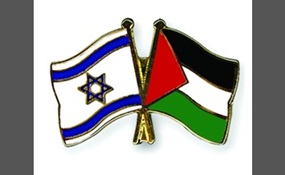 Who does Palestine belong to?

The conflict that shook the world since the beginning!

The State of Palestine, is a sovereign state in the Levant. Its independence was declared on 15 November 1988 by the Palestine Liberation Organization and its government-in-exile in Algiers. It claims sovereignty over the Palestinian territories, an... d has designated Jerusalem as its capital. The areas claimed for the State of Palestine have been occupied by Israel since 1967 in the aftermath of the Six-Day War, with the Palestinian Authority exercising socio-political administration since 1993 in limited areas. In 2012, it was granted observer status by the United Nations.The October 1974 Arab League summit designated the PLO as the "sole legitimate representative of the Palestinian people" and reaffirmed "their right to establish an independent state of urgency." In November, PLO was recognized as competent on all matters concerning the question of Palestine by the UN General Assembly granting them observer status as a "non-state entity" at the UN, After the 1988 Declaration of Independence, the UN General Assembly officially "acknowledged" the proclamation and decided to use the designation "Palestine" instead of "Palestine Liberation Organization" in the UN In spite of this decision, the PLO did not participate at the UN in its capacity of the State of Palestine's government   more
11 votes
3 comments
State of Palestine - Voter Comments

Israel, officially the State of Israel, is a country in Western Asia, on the south-eastern shore of the Mediterranean Sea. It shares land borders with Lebanon in the north, Syria in the northeast, Jordan on the east, the Palestinian territories comp... rising the West Bank and Gaza Strip on the east and southwest respectively, Egypt and the Gulf of Aqaba in the Red Sea to the south, and it contains geographically diverse features within its relatively small area. In its Basic Laws Israel defines itself as a Jewish and Democratic State; it is the world's only Jewish-majority state.On 29 November 1947, the United Nations General Assembly recommended the adoption and implementation of the partition plan of Mandatory Palestine. On 14 May 1948, David Ben-Gurion, the Executive Head of the World Zionist Organization and president of the Jewish Agency for Palestine, declared "the establishment of a Jewish state in Eretz Israel, to be known as the State of Israel," a state independent upon the termination of the British Mandate for Palestine, 15 May 1948. Neighboring Arab armies invaded Palestine on the next day and fought the Israeli forces. Israel has since fought several wars with neighboring Arab states, in the course of which it has occupied the West Bank, Sinai Peninsula, part of South Lebanon, Gaza Strip and the Golan Heights. It annexed portions of these territories, including East Jerusalem, but the border with the West Bank is disputed. Israel has signed peace treaties with Egypt and Jordan, but efforts to resolve the Israeli–Palestinian conflict have so far not resulted in peace   more
7 votes
3 comments
Israel - Voter Comments

Seido says2014-04-29T09:01:02.4148130-05:00
Report Post
Legally speaking? Israel. Morally speaking? Its a bit of a complicated issue. Long story short, I support semi-autonomy for Palestine within Israel and recognize Israel as the general authority within the area. I'm not quite sure that a two-state solution would really work in the end, considering the complications of the relationship between the Palestinians and the Israelis.

emartinez says2015-08-17T19:01:55.4812146Z
Report Post
We (Israel) gained Palestine (Aka Judea and Samaria) in the six day war and we should not have to cede any territory in said war plus the other lands won in the Arab-Israeli war and Yom Kippur war. Those lands that Israel ceded should be given back for the sake of Israel,democracy, Judaism, Christendom, and for peace.
Vote & Comment
Leave a comment...
(Maximum 900 words)

Nick91983 says2014-05-01T04:58:50.5269209-05:00
Report Post
Palestine doesn't exist. Israel does exists. I have no prejudice for or against either group. The Palestinians have a historical claim - but so do the American aboriginals, or the Australian aboriginals, etc. The world is imperfect, but the nature of the existence of a nation-state is dependent on a group having sovereignty over some political region - Palestine lost their sovereignty. Maybe they will get it back one day and that would be cool. At the end of the day people need a place to call their own and hang their hat. All the children, as well as the adults, should study cultural symbiosis - then proceed to pull their collective heads out of their - you know where. Israelis and Palestinians are the same because they are human - this is and should be the only factor which truly matters. Stop the argument and the fighting - Religion is dumb, people just want to live, nationalism is contrary to participation in the human nation.

Dilara says2014-05-01T19:43:14.8826479-05:00
Report Post
The Palestinians have lived there for thousands of years. They deserve a country of their own in their ancestral homeland just as the Jews who were exiled. They both have strong religous and ethnic ties to the land and should be able to live there
Privacy Policy | Terms of Use
Sitemap | View Desktop Version
©2021 Debate.org. All rights reserved.