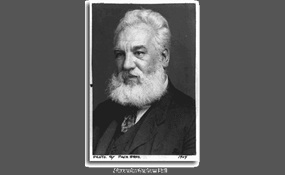 The American eugenics movement received extensive funding from various corporate foundations including the Carnegie Institution, Rockefeller Foundation, and the Harriman railroad fortune.[6] In 1906 J.H. Kellogg provided funding to help found the Ra... ce Betterment Foundation in Battle Creek, Michigan.[8] The Eugenics Record Office (ERO) was founded in Cold Spring Harbor, New York in 1911 by the renowned biologist Charles B. Davenport, using money from both the Harriman railroad fortune and the Carnegie Institution. As late as the 1920s, the ERO was one of the leading organizations in the American eugenics movement.[8][10] In years to come, the ERO collected a mass of family pedigrees and concluded that those who were unfit came from economically and socially poor background   more
0 votes
0 comments
Charles B Davenport - Voter Comments
No Comments
Vote & Comment
Leave a comment...
(Maximum 900 words)