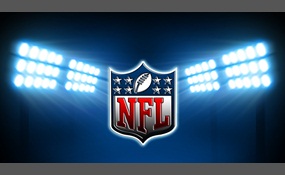 Who is a better quarterback 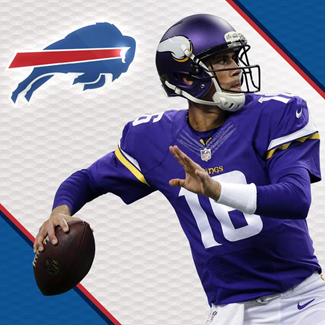 Matthew Brennan Cassel is an American football quarterback for the Minnesota Vikings of the National Football League. He played college football for the University of Southern California, and was drafted by the New England Patriots in the seventh round of the 2005 NFL Draft.He became the Patriots' starting quarterback after Week 1 of the 2008 season after then reigning NFL MVP Tom Brady suffered a season-ending knee injury. According to ESPN research, he is the only known quarterback in NFL history to start an NFL game at quarterback without ever starting at quarterback in college. In February 2009, the Patriots used their franchise tag on Cassel, extending him a one-year contract worth over $14 million, the largest one-year contract for an offensive player in NFL history. Later that offseason, the Patriots made a trade which sent Cassel to the Kansas City Chiefs, who signed him to a 6 year, $62.7 million contract in July 2009. In 2010, Cassel led the Chiefs to their first divisional championship in seven years, and earned a Pro Bowl berth in the process. 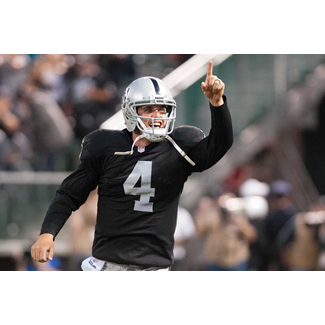 Derek Dallas Carr is an American football quarterback for the Oakland Raiders of the National Football League. He was drafted by the Raiders in the second round of the 2014 NFL Draft. He played college football at Fresno State.Carr is the younger brother of former number one overall pick and fellow Fresno State alumnus David Carr. He is not the same Derek Carr who is the former quarterback for the University of Tennessee at Martin. 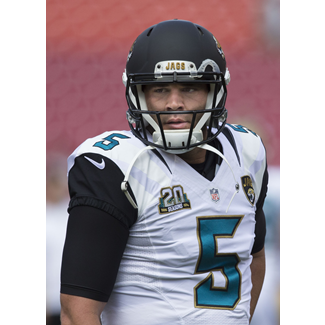 Blake Bortles is an American football quarterback for the Jacksonville Jaguars of the National Football League. He was drafted by the Jaguars third overall in the 2014 NFL Draft. He played college football at the University of Central Florida. Bortles was the Knights' starting quarterback from midway through the 2011 season to 2013. In 2012, he led UCF to a Conference USA East Division Championship and bowl victory. In 2013, Bortles led the Knights to an upset of then−No. 8 Louisville to win the inaugural American Athletic Conference Championship, and an upset victory over sixth-ranked Baylor in the 2014 Fiesta Bowl. 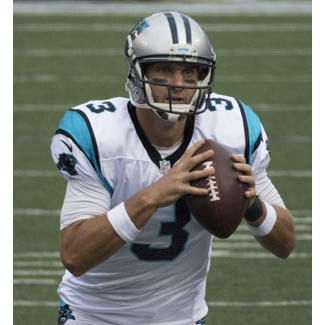 Derek Matthew Anderson is an American football quarterback for the Carolina Panthers of the National Football League. He was drafted by the Baltimore Ravens in the sixth round of the 2005 NFL Draft. He played college football at Oregon State.Anderson has previously played for the Cleveland Browns and Arizona Cardinals.

CannedBread says2015-04-15T15:00:17.4714515-05:00
Report Post
With a come from behind win Mike Ditka, who wasn't even a quarter back. Mike Ditka, could probably beat all of those teams combined, maybe with the help of Da Bears.
Privacy Policy | Terms of Use
Sitemap | View Desktop Version
©2020 Debate.org. All rights reserved.