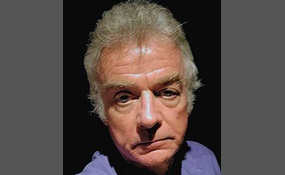 Who is best of these film directors?

Who is best of these film directors?

Francis Ford Coppola is an American film director, producer and screenwriter. He was part of the New Hollywood wave of filmmaking.In 1970, he won the Academy Award for Best Original Screenplay as co-writer, with Edmund H. North, of Patton. His direc... torial prominence was cemented with the release in 1972 of The Godfather, a film which revolutionized movie-making in the gangster genre, earning praise from both critics and the public before winning three Academy Awards—including his second Oscar, Best Picture, and his first nomination for Best Director.He followed with The Godfather Part II in 1974, which became the first sequel to win the Academy Award for Best Picture. Highly regarded by critics, it brought him three more Academy Awards: Best Adapted Screenplay, Best Director and Best Picture, and made him the second director, after Billy Wilder, to be honored three times for the same film. The Conversation, which he directed, produced and wrote, was released that same year, winning the Palme d'Or at the 1974 Cannes Film Festival. He next directed 1979's Apocalypse Now   more
3 votes
0 comments
Francis Ford Coppola - Voter Comments
No Comments
Vote & Comment
3

Frank Darabont is a Hungarian-American film director, screenwriter and producer who has been nominated for three Academy Awards and a Golden Globe Award. In his early career he was primarily a screenwriter for horror films such as A Nightmare on Elm...  Street 3: Dream Warriors, The Blob and The Fly II. As a director he is known for his film adaptations of Stephen King novels such as The Shawshank Redemption, The Green Mile, and The Mist. He also developed and executive produced the first season and part of the second season of the horror series The Walking Dead and created the neo-noir series Mob City   more
0 votes
0 comments
Frank Darabont - Voter Comments
No Comments
Vote & Comment
4

Chris Joseph Columbus is an American filmmaker. Columbus is known for directing such movies as Harry Potter and the Sorcerer's Stone, Harry Potter and the Chamber of Secrets, Mrs. Doubtfire, Home Alone and Home Alone 2: Lost in New York and for writ... ing movies such as Gremlins and The Goonies.Home Alone received a British Comedy Award for Best Comedy Film. Columbus received an Academy Award nomination for producing The Help   more
0 votes
0 comments
Chris Columbus - Voter Comments
No Comments
Vote & Comment
5

John Guilbert Avildsen is an American film director. He won the Academy Award for Best Director in 1977 for Rocky. Other films he directed include Joe, Save the Tiger, Fore Play, The Formula, Neighbors, For Keeps, Lean on Me, The Power of One, 8 Sec... onds, Inferno, Rocky V and the first three Karate Kid movies   more
0 votes
0 comments
John G. Avildsen - Voter Comments
No Comments
Vote & Comment
Leave a comment...
(Maximum 900 words)