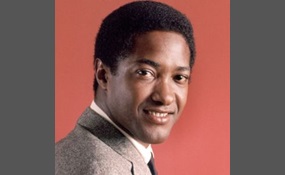 Who is best of these songwriters?

Who is best of these songwriters?

Bob Dylan is an American singer-songwriter, artist, and writer. He has been an influential figure in popular music and culture for more than five decades. Much of his most celebrated work dates from the 1960s, when he was both a chronicler and a rel... uctant figurehead of social unrest. A number of Dylan's early songs, such as "Blowin' in the Wind" and "The Times They Are a-Changin'", became anthems for the American civil rights and anti-war movements. Leaving behind his initial base in the culture of the folk music revival, Dylan's six-minute single "Like a Rolling Stone" radically altered the parameters of popular music in 1965. His mid-1960s recordings, backed by rock musicians, reached the top end of the United States music charts while also attracting denunciation and criticism from others in the folk movement.Dylan's lyrics have incorporated a variety of political, social, philosophical, and literary influences. They defied existing pop music conventions and appealed hugely to the then burgeoning counterculture   more
7 votes
3 comments
Bob Dylan - Voter Comments

Samuel "Sam" Cooke was an American recording artist and singer-songwriter, generally considered among the greatest of all time. Influential as both a singer and composer, he is commonly known as the King of Soul for his distinctive vocals and import... ance within popular music. His pioneering contributions to soul music contributed to the rise of Aretha Franklin, Bobby Womack, Al Green, Curtis Mayfield, Stevie Wonder, Marvin Gaye, Billy Preston and popularized the likes of Otis Redding and James Brown. AllMusic biographer Bruce Eder wrote that Cooke was "the inventor of soul music", and possessed "an incredible natural singing voice and a smooth, effortless delivery that has never been surpassed."Cooke had 30 U.S. top 40 hits between 1957 and 1964, plus three more posthumously. Major hits like "You Send Me", "A Change Is Gonna Come", "Cupid", "Chain Gang", "Wonderful World", and "Twistin' the Night Away" are some of his most popular songs. Cooke was also among the first modern black performers and composers to attend to the business side of his musical career. He founded both a record label and a publishing company as an extension of his careers as a singer and composer   more
4 votes
0 comments
Sam Cooke - Voter Comments
No Comments
Vote & Comment
3

John Ono Lennon, MBE, born John Winston Lennon;, was an English musician, singer and songwriter who rose to worldwide fame as a founder member of the rock band the Beatles, the most commercially successful band in the history of popular music. With ... Paul McCartney, he formed a songwriting partnership that is one of the most celebrated of the 20th century.Born and raised in Liverpool, as a teenager Lennon became involved in the skiffle craze; his first band, the Quarrymen, evolved into the Beatles in 1960. When the group disbanded in 1970, Lennon embarked on a solo career that produced the critically acclaimed albums John Lennon/Plastic Ono Band and Imagine, and iconic songs such as "Give Peace a Chance" and "Working Class Hero". After his marriage to Yoko Ono in 1969, he changed his name to John Ono Lennon. Lennon disengaged himself from the music business in 1975 to raise his infant son Sean, but re-emerged with Ono in 1980 with the new album Double Fantasy. He was murdered three weeks after its release.Lennon revealed a rebellious nature and acerbic wit in his music, writing, drawings, on film and in interviews   more
3 votes
0 comments
John Lennon - Voter Comments
No Comments
Vote & Comment
4

Sir James Paul McCartney is an English musician, singer-songwriter, multi-instrumentalist and composer. He gained fame around the world as a member of the Beatles along with John Lennon, George Harrison, and Ringo Starr.
1 vote
0 comments
Paul McCartney - Voter Comments
No Comments
Vote & Comment
Leave a comment...
(Maximum 900 words)