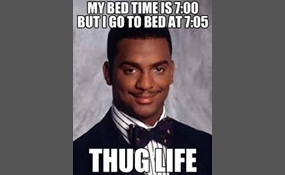 Who is better Tupac Shakur or notorious B.I.G or Nas

Tupac Amaru Shakur, also known by his stage names 2Pac and briefly as Makaveli, was an American rapper and actor. Shakur has sold over 75 million records worldwide, making him one of the best-selling music artists of all time. His double disc albums...  All Eyez on Me and his Greatest Hits are among the best selling albums in the United States. He has been listed and ranked as one of the greatest artists of all time by many magazines, including Rolling Stone which ranked him 86th on its list of The 100 Greatest Artists of All Time. Consistently ranked as one of the greatest rappers ever, he was ranked number 2 by MTV in their list of The Greatest MCs of All-Time in 2006. 2Pac is also ranked as the most influential rapper of all time.Shakur began his career as a roadie, backup dancer, and MC for the alternative hip hop group Digital Underground, eventually branching off as a solo artist. The themes of most of Shakur's songs revolved around the violence and hardship in inner cities, racism and other social problems. Both of his parents and several other of his family were members of the Black Panther Party, whose ideals were reflected in his songs   more
4 votes
0 comments
Tupac Shakur - Voter Comments
No Comments
Vote & Comment
2
VOTING CLOSED

Nasir bin Olu Dara Jones, better known as Nas, is an American rapper, songwriter and actor. He is the son of jazz musician Olu Dara. Since 1994, Nas has released eight consecutive platinum and multi-platinum albums and sold over 25 million records w... orldwide. Aside from rapping and acting, Nas is an entrepreneur through his own record label, retail sneaker store, and magazine publishing. He serves as Mass Appeal Magazine's associate publisher as well as an owner of a Fila sneaker store. He is currently signed to Def Jam Recordings and Mass Appeal Records.His musical career began in 1991 when he was featured on Main Source's track "Live at the Barbeque". His debut album Illmatic, released in 1994, received universal acclaim from both critics and the hip hop community. It is frequently ranked as one of the greatest hip hop albums of all time. His follow-up album It Was Written debuted at number 1 on the Billboard Charts, stayed on top for four consecutive weeks, went platinum twice in only two months, and made Nas internationally known.From 2001 to 2005, Nas was involved in a highly publicized feud with rapper Jay-Z. In 2006, Nas signed to Def Jam   more
2 votes
2 comments
Nas - Voter Comments

joemanz3586 says2015-07-28T18:53:03.0230924-05:00
Report Post
@CyberConor because these people have no knowledge on hip hop, and probably heard Eminem say they the GOAT's. Please BIG and Pac are both overrated. Biggie and 2Pac were only popular because of their feud and deaths. That, and 2Pac is not even lyrical!
Vote & Comment
3
VOTING CLOSED

Christopher George Latore Wallace, better known by his stage names The Notorious B.I.G., Biggie or Biggie Smalls, was an American rapper.Wallace was raised in the Brooklyn borough of New York City. When he released his debut album Ready to Die in 19... 94, he became a central figure in the East Coast hip hop scene and increased New York's visibility in the genre at a time when West Coast hip hop was dominant in the mainstream. The following year, Wallace led his childhood friends to chart success through his protégé group, Junior M.A.F.I.A. While recording his second album, Wallace was heavily involved in the growing East Coast/West Coast hip hop feud.On March 9, 1997, Wallace was killed by an unknown assailant in a drive-by shooting in Los Angeles. His double-disc set Life After Death, released 16 days later, rose to No. 1 on the U.S. album charts and was certified Diamond in 2000, one of the few hip hop albums to receive this certification. Wallace was noted for his "loose, easy flow", dark semi-autobiographical lyrics and storytelling abilities. Two more albums have been released since his death. He has certified sales of 17 million units in the United States   more
1 vote
1 comment
The Notorious B.I.G. - Voter Comments