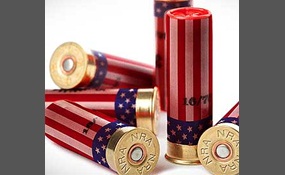 Who is right about Gun Control?

Who do you think has the best view on Gun Control?

Rafael Edward "Ted" Cruz is the junior United States Senator from Texas. Elected in 2012, he is the first Cuban American or Latino to hold the office of US Senator from Texas. Cruz is a member of the Republican Party. He served as Solicitor General ... of Texas from 2003 to May 2008, after being appointed by Texas Attorney General Greg Abbott. Between 1999 and 2003, Cruz served as the director of the Office of Policy Planning at the Federal Trade Commission, an Associate Deputy Attorney General at the United States Department of Justice, and as Domestic Policy Advisor to U.S. President George W. Bush on the 2000 Bush-Cheney campaign. Cruz was also an Adjunct Professor of Law at the University of Texas School of Law in Austin, where he taught U.S. Supreme Court litigation, from 2004 to 2009.Cruz was the Republican nominee for the Senate seat vacated by fellow Republican Kay Bailey Hutchison. On July 31, 2012, he defeated Lieutenant Governor David Dewhurst in the Republican primary runoff, 57–43. Cruz defeated the Democrat, former state Representative Paul Sadler, in the general election held on November 6, 2012; he prevailed with 56–41 over Sadler   more
14 votes
4 comments
Ted Cruz - Voter Comments

Dianne Goldman Berman Feinstein, born Dianne Emiel Goldman, is the senior United States Senator from California. A member of the Democratic Party, she has served in the Senate since 1992. She also served as 38th Mayor of San Francisco from 1978 to 1... 988.Born in San Francisco, Feinstein graduated from Stanford University. In the 1960s she worked in city government, and in 1970 she was elected to the San Francisco Board of Supervisors. She served as the board's first female president in 1978, during which time the assassinations of Mayor George Moscone and City Supervisor Harvey Milk drew national attention to the city. Feinstein succeeded Moscone as mayor. During her tenure as San Francisco's first female mayor she led a revamp of the city's cable car system and oversaw the 1984 Democratic National Convention.After a failed gubernatorial campaign in 1990, she won a 1992 special election to the U.S. Senate. Feinstein was first elected on the same ballot as her peer Barbara Boxer, and the two became California's first female U.S. Senators. Feinstein has been re-elected four times since then and in the 2012 election, she claimed the record for the most popular votes in any U.S   more
2 votes
1 comment
Dianne Feinstein - Voter Comments