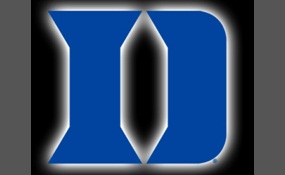 Who is the best basketball team?

The Duke Blue Devils men's basketball team is the college basketball program representing Duke University in the Atlantic Coast Conference of NCAA Division I. The team is tied for the fourth-highest number of all-time wins of any NCAA men's basketba... ll program. And is coached by Mike Krzyzewski.Duke has won 4 NCAA championships and appeared in 10 Championship Games and 15 Final Fours, and has an NCAA-best .750 NCAA tournament winning percentage. 11 Duke players have been named the National Player of the Year, and 71 players have been selected in the NBA Draft. In the 2008–2009 NBA season, Duke had more former players on NBA rosters than any other school. Additionally, Duke has 36 players named All-Americans and 14 Academic All-Americans. Duke has been the Atlantic Coast Conference Champions a record 19 times. The program also lays claim to 19 ACC regular season titles. Prior to joining the ACC, Duke won the Southern Conference championships five times. Duke has also finished the season ranked No. 1 in the AP poll seven times and is second, behind only UCLA, in total weeks ranked as the number one team in the nation by the AP with 121 weeks   more
4 votes
0 comments
Duke Blue Devils men's basketball - Voter Comments
No Comments
Vote & Comment
2

The North Carolina Tar Heels men's basketball program is the intercollegiate men's basketball team of the University of North Carolina at Chapel Hill. The Tar Heels have won five NCAA Tournament Championships and were retroactively named the nationa... l champions by the Helms Athletic Foundation for their undefeated season in 1924. North Carolina's five NCAA Tournament Championships are tied for third-most all-time. They have also won 17 Atlantic Coast Conference tournament titles and 29 Atlantic Coast Conference regular season titles. The program has produced many notable players who went on to play professionally, including Michael Jordan, and many assistant coaches who went on to become head coaches elsewhere.The Tar Heels are currently #3 on the Division I all-time wins list. From the Tar Heels' first season in 1910–11 through the 2012–13 season, the Tar Heels have amassed a .737 all-time winning percentage, winning 2,090 games and losing 745 games in 103 seasons. The Tar Heels also have the most consecutive 20-win seasons, with 31 seasons from the 1970–71 season through the 2000–2001 season   more
1 vote
1 comment
North Carolina Tar Heels men's basketball - Voter Comments