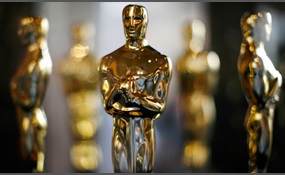 Denzel Hayes Washington, Jr. Is an American actor, film director, and film producer. He has received much critical acclaim for his work in film since the 1990s, including for his portrayals of real-life figures such as Steve Biko, Malcolm X, Rubin "... Hurricane" Carter, Melvin B. Tolson, Frank Lucas, and Herman Boone. Washington is a featured actor in the films produced by Jerry Bruckheimer and was a frequent collaborator of the late director Tony Scott.Washington has received two Golden Globe awards and a Tony Award, and two Academy Awards: Best Supporting Actor for Glory and Best Actor for Training Day   more
8 votes
0 comments
Denzel Washington - Voter Comments
No Comments
Vote & Comment
2

Daniel Michael Blake Day-Lewis is an English actor with both British and Irish citizenship. Born and raised in London, he is the son of Poet Laureate Cecil Day-Lewis and actress Jill Balcon, and the son-in-law of American playwright Arthur Miller. D... espite his traditional actor training at the Bristol Old Vic, he is considered to be a method actor, known for his constant devotion to and research of his roles. He often remains completely in character for the duration of the shooting schedules of his films, even to the point of adversely affecting his health. He is known as being one of the most selective actors in the film industry, having starred in only five films since 1998, with as many as five years between each role.One of the most acclaimed actors of his generation, his work has earned him numerous awards, including three Academy Awards for Best Actor, for his portrayals of Christy Brown in My Left Foot, Daniel Plainview in There Will Be Blood, and Abraham Lincoln in Lincoln, a feat which makes him to date one of three male actors to win three Oscars, and the only male actor in history to garner three wins in the lead actor category. Day-Lewis has also won four BAFTA Awards for Best Actor, three Screen Actors Guild Awards, three Critics' Choice Movie Awards, and two Golden Globe Awards   more
7 votes
0 comments
Daniel Day-Lewis - Voter Comments
No Comments
Vote & Comment
3

Russell Ira Crowe is an actor, film producer and musician from New Zealand who lives mostly in Australia. He came to international attention for his role as the Roman General Maximus Decimus Meridius in the 2000 historical epic film Gladiator, direc... ted by Ridley Scott, for which Crowe won an Academy Award for Best Actor, a Broadcast Film Critics Association Award for Best Actor, an Empire Award for Best Actor and a London Film Critics Circle Award for Best Actor and 10 further nominations for best actor. Crowe appeared as the tobacco firm whistle blower Jeffrey Wigand in the 1999 film The Insider, for which he received five awards as best actor and seven nominations in the same category. In 2001, Crowe's portrayal of mathematician and Nobel Prize winner John F. Nash in the biopic A Beautiful Mind brought him numerous awards, including an BAFTA Award for Best Actor in a Leading Role, a Golden Globe Award for Best Actor in a Motion Picture Drama and a Screen Actors Guild Award for Outstanding Performance by a Male Actor in a Leading Role.Crowe's other films include L.A. Confidential, Master and Commander: The Far Side of the World, Cinderella Man, 3:10 to Yuma, American Gangster, Body of Lies and Robin Hood. Crowe's work has earned him several accolades during his career including a star on the Hollywood Walk of Fame, three Academy Award nominations in a row, one Golden Globe Award for Best Actor, one BAFTA, and an Academy Award. Due to his success and character variety, some critics have called him a "virtuoso" actor. He is also co-owner of the South Sydney Rabbitohs, an Australian National Rugby League team. Crowe portrayed Javert in Les Misérables, an adaptation of the popular musical. He appeared in Man of Steel, where he played Jor-El, the father of Superman. He will co-star in Winter's Tale, based on the 1983 novel of the same name by Mark Helprin, and star in Noah, in which he will play the titular biblical patriarch   more
2 votes
0 comments
Russell Crowe - Voter Comments
No Comments
Vote & Comment
4

Philip Seymour Hoffman is an American actor and director. Hoffman began acting in television in 1991, and the following year started to appear in films. He gradually gained recognition for his supporting work in a series of notable films, including ... Scent of a Woman, Twister, Boogie Nights, The Big Lebowski, Magnolia, The Talented Mr. Ripley, Almost Famous, 25th Hour, Punch-Drunk Love and Cold Mountain.In 2005, Hoffman played the title role in the biographical film Capote, for which he won multiple acting awards including an Academy Award for Best Actor. He received another three Academy Award nominations for his supporting work in Charlie Wilson's War, Doubt and The Master. Other critically acclaimed films in recent years have included Owning Mahowny, Before the Devil Knows You're Dead, The Savages, Synecdoche, New York, Moneyball and The Ides of March. In 2010, Hoffman made his feature film directorial debut with Jack Goes Boating.Hoffman is also an accomplished theater actor and director. He joined the LAByrinth Theater Company in 1995, and has directed and performed in numerous stage productions. His performances in three Broadway plays led to three Tony Award nominations: two for Best Leading Actor in True West and Death of a Salesman; one for Best Featured Actor in Long Day's Journey into Night   more
2 votes
1 comment
Philip Seymour Hoffman - Voter Comments

Eric Marlon Bishop, known professionally as Jamie Foxx, is an American actor, stand-up comedian, singer-songwriter, musician, and talk radio host. As an actor, his work in the film Ray earned him the Academy Award and BAFTA Award for Best Actor as w... ell as the Golden Globe Award for Best Actor in a musical or comedy.He is also a Grammy Award winning musician, producing three albums which have charted highly on the Billboard 200: Unpredictable, which topped the chart, Best Night of My Life, and Intuition. Foxx starred in his own television show, The Jamie Foxx Show, as Jamie King. In 2012 Foxx starred in the film Django Unchained, and he will star as the villain Electro in The Amazing Spider-Man 2 in 2014   more
1 vote
0 comments
Jamie Foxx - Voter Comments
No Comments
Vote & Comment
6

Adrien Brody is an American actor and film producer. He received widespread recognition and acclaim after starring in Roman Polanski's The Pianist, for which he became the youngest actor to win the Academy Award for Best Actor at age 29. Brody is al... so the only American actor to receive the French César Award   more
0 votes
0 comments
Adrien Brody - Voter Comments
No Comments
Vote & Comment
7

Forest Steven Whitaker is an American actor, producer, and director. He has earned a reputation for intensive character study work for films such as Battlefield Earth, Bird and Ghost Dog: The Way of the Samurai, for his work in direct-to-video films...  and for his recurring role as ex-LAPD Lieutenant Jon Kavanaugh on the award-winning television series The Shield. Whitaker won an Academy Award, a Golden Globe and a BAFTA for his performance as Ugandan dictator Idi Amin in the 2006 film The Last King of Scotland   more
0 votes
0 comments
Forest Whitaker - Voter Comments
No Comments
Vote & Comment
8

Sean Justin Penn is an American actor, screenwriter, and film director, also known for his left-wing political and social activism. He is a two-time Academy Award winner for his roles in Mystic River and Milk, as well as the recipient of a Golden Gl... obe Award for the former and a Screen Actors Guild Award for the latter.Penn began his acting career in television with a brief appearance in a 1974 episode of Little House on the Prairie, directed by his father Leo Penn. Following his film debut in 1981's Taps and a diverse range of film roles in the 1980s, Penn emerged as a prominent leading actor with the 1995 drama film Dead Man Walking, for which he earned his first Academy Award nomination and the Best Actor Award at the Berlin Film Festival. Penn received another two Oscar nominations for Sweet and Lowdown and I Am Sam, before winning his first Academy Award for Best Actor in 2003 for Mystic River and a second one in 2008 for Milk. He has also won a Best Actor Award of the Cannes Film Festival for She's So Lovely, and two Best Actor Awards at the Venice Film Festival for Hurlyburly and 21 Grams   more
0 votes
0 comments
Sean Penn (won twice) - Voter Comments
No Comments
Vote & Comment
9

Jeffrey Leon "Jeff" Bridges is an American actor and producer. He comes from a well-known acting family and began his televised acting in 1958 as a child with his father, Lloyd Bridges, and brother, Beau, on television's Sea Hunt. Among his best-kno... wn major motion films are: The Last Picture Show, Fearless, Iron Man, The Contender, Starman, The Fabulous Baker Boys, Jagged Edge, Against All Odds, The Fisher King, Thunderbolt and Lightfoot, Seabiscuit, Tron and Tron: Legacy, Arlington Road, and The Big Lebowski. He won the Academy Award for Best Actor for his role as Otis "Bad" Blake in the 2009 film Crazy Heart and earned his sixth Academy Award nomination for his portrayal of Rooster Cogburn in 2010's True Grit   more
0 votes
0 comments
Jeff Bridges - Voter Comments
No Comments
Vote & Comment
No comments yet.
Leave a comment...
(Maximum 900 words)
Privacy Policy | Terms of Use
Sitemap | View Desktop Version
©2021 Debate.org. All rights reserved.